Sides of a Horn

Directed by Toby Wosskow
A powerful short film that explains the conflict between poachers and rangers over rhinos in Africa.

South Africa has the largest wealth inequality in the world. It also home to the world's largest rhino population. Poachers massacre rhinos for their horns, which are shipped to Asia for use in traditional medicine (although the medical efficacy of the horns, which are made of the same substance as our fingernails, has never been proven). The international crime syndicates running this illegal trade buy horns for $300 and sell them for $300,000, using the difference to fund drug and human trafficking and terrorism. To stop this illegal trade, African rangers risk their lives in the bush. This 17-minute short film tells the story of the war for rhino horn from the perspectives of a ranger and a poacher. Written and directed by Toby Wosskow and executive-produced by Sir Richard Branson, the film is backed by Virgin, WildAid and the African Wildlife Foundation. Based on real events, it was filmed in the townships and preserves most directly affected by the illegal trade in wildlife parts. 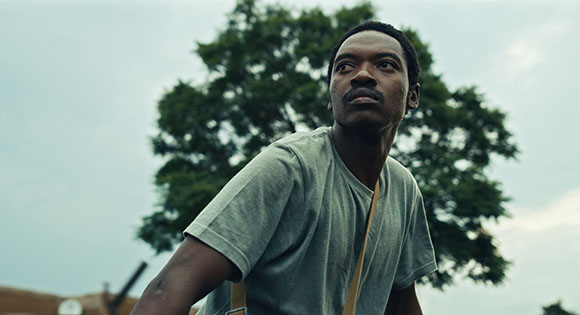 As the film opens, Dumi (Welile Nzuza), a ranger, is returning to his village after some time in the bush. He is met in the streets by a group of men who support poaching in the area; they make it clear that Dumi, his wife, and child are not safe if he continues what he is doing.

Also objecting to his work is Sello (Sherldon Merema), his brother-in-law who desperately needs money to care for his sick wife, Dumi's sister. He makes it clear that he does not understand why Dumi thinks protecting "the rich man's rhino" is more important than his family's health and safety.

When the local poachers inform Sello that there is a rhino in the area that can easily be killed under a full moon, a confrontation between both sides of the horn is set up. 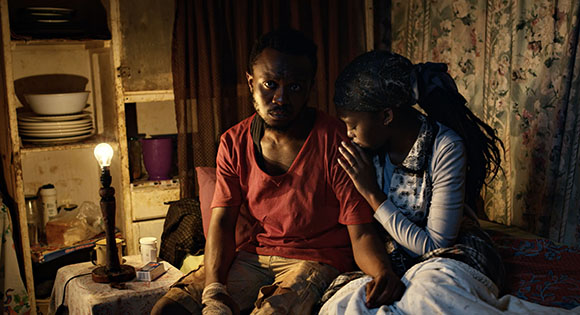 This is a very powerful film, despite its short running time. When we saw it, we had not paid attention to its length in advance. We were surprised when it was over and we realized we had been moved by the situations of all the characters. This is the kind of storytelling that moves beyond dualistic (good guys versus bad guys) thinking and helps us see the bigger issues that need to be addressed if both humans and wildlife are to survive. 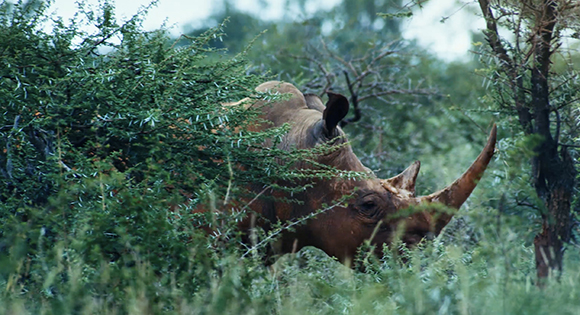 To find ways you can help, visit www.Rhinomovie.com. View the 17-minute film below: