Directed by Tom Harper
Surprising story of a Scottish single mother who aspires to be a Nashville singing star.

Rose-Lynn (Jessie Buckley) is a 23-year old tough cookie from Glasgow
who has been in prison for drug dealing. She possesses great pipes and aspires to make it big in Nashville as a country star. The songwriter Harlan Howard once defined country music as "three chords and the truth." Rose-Lynn has taken this as her mantra and had it tattooed on her arm.

Just released from prison, Rose-Lynn goes to see her boyfriend (James Harkness) and they have sex in a public green. She also stops in at Glasgow's version of the Grand Ol' Opry where she used to have a regular singing gig. In what appears to be an afterthought, she goes to visit her strong-willed mother Marion (Julie Walters) who has been taking care of her two young children. She's named them after stars, but Wynonna (Daisy Littlefield) and Lyle (Adam Mitchell) know little about the music or their mother. She's going to have to make a real effort to get back into their hearts. 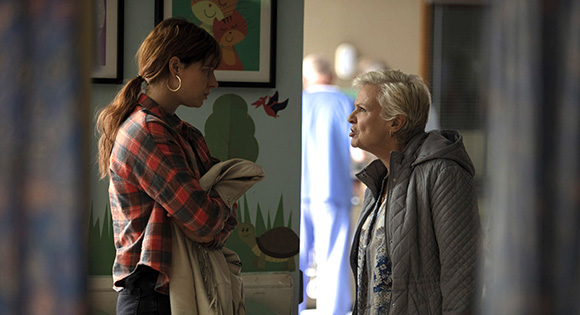 But it appears that Rose-Lynn's heart belongs to her dreams of going to Nashville. After she takes a job as a housekeeper for Susannah (Sophie Okonedo), this plan looks more feasible. After hearing her sing while cleaning the house, Susannah offers to be her sponsor. She comes up with a creative plan to pay for the Nashville trip by crowd-funding it at her 50th birthday party. All Rose-Lynn has to do is show up and sing. 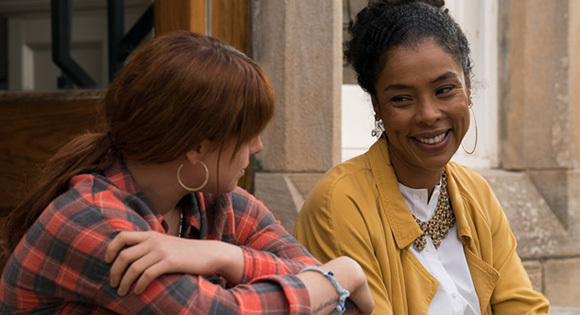 Tom Harper, the director of Wild Rose along with screenwriter Nicole Taylor, do everything they can to convince us that this film is going to be the familiar showbiz drama about an unusually talented outsider who against all odds becomes a star. But Jesse Buckley's sassy and rambunctious performance reveals more sides to Rose-Lynn's character than we've come to expect from this kind of story. She's alternately selfish and self-destructive and caring and responsible. We begin to see how she just might pull off having a career and a family. Equally upending are her mother's different responses to her daughter's country music dreams. Just when we think we have these two figured out, we are in for a surprise.

The shape-shifting events which take Rose-Lynn on an unexpected path can be seen and understood as what we call the spiritual practice of reframing which turns adversity into advantage, obstacles into opportunities. and stumbling blocks into stepping-stones.