The quiet power of The Sweet Requiem creeps in like an aftershock. The film’s brief 91-minute running time is spotted with stretches of painful silence and tense threats of potential violence, but what first appears to be building to a sort of revenge fantasy subtly transforms into a profound study in compassionate connection. Along the way, directors Ritu Sarin and Tenzing Sonam don’t sugarcoat the past and current pain of their characters, refusing to ignore the lasting effects of trauma. While the beats of their film meander in ways that don’t always propel consistent momentum, the end accumulation offers an authentically shadowy hope that affirms, even as it haunts. 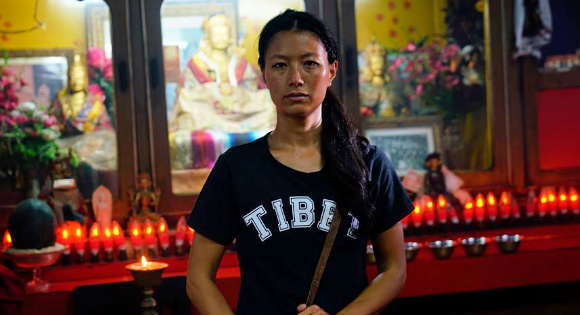 Dolkar (Tenzin Dechen) is a Tibetan refugee now living in a bustling Delhi exile community, having migrated as a child with her family on a treacherous journey through the Himalayas. Shifting between her childhood memories and current reality The Sweet Requiem does not force a message. Instead, the film’s plot drifts much like Dolkar herself, moving back and forth between beautifully photographed but staggeringly suspenseful glimpses into her childhood odyssey and shadowy scenes of her current life working at a Delhi threading salon and moonlighting as an activist with a human rights organization devoted to aiding Tibetan Buddhist refugees.

But Gompo’s reasons for his behavior years ago are more complicated than Dolkar can know, and the film’s most enduring themes play out through the unearthing of Dolkar and Gompo’s parallel embodiments of their obligation to family, both in life and in memory. Both characters are stoic in demeanor, but as the plot unravels, the ferocious loyalty of each roils underneath even their most placid glances, mirroring one another in devastatingly genuine humanity. Thanks to the increasingly intimate intensity of these inner lives, the film often feels like a thriller, even as it has very few obvious stock thrills on display. And by the time Dolkar decides how she will confront Gompo, every silence is saturated with anxiety, which packs the film’s surprising final moments with nearly unbearable beauty. 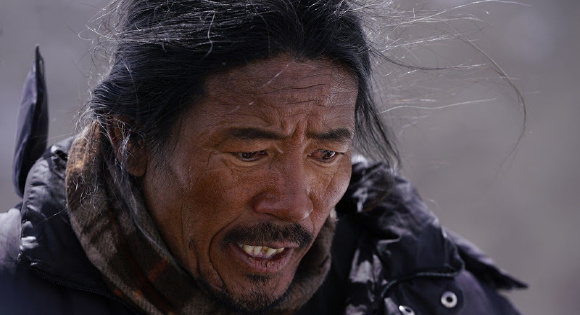 Those who come to The Sweet Requiem with scant knowledge of the decades of history of Tibetan migration will not leave this compact story armed with soundbites, facts, or figures, but they will leave with a renewed empathy for those who must make such journeys and endure such painful memories. If this invitation to empathy can open audience’s hearts even wider to the plights of those who must migrate and encourage deeper participation in fights for human rights worldwide, The Sweet Requiem’s mightiest gift might last far longer than its short running time.