Directed by Jennifer Kent
A hellish interrogation of colonialism’s effects on physical and emotional landscapes.

In her surprisingly profound first feature The Babadook, Jennifer Kent flipped the conventions of the boogeyman story on its head in order to explore within the structure of a horror film the alienating effects of all-consuming grief. Now, in her second feature The Nightingale, Kent takes the tropes and trappings of the revenge story and road movie and shakes them up with the brutality and reality of colonialism, racism, toxic masculinity, and class divides. By doing so, she sheds stark and intimate light on history that can often feel remote and far away, even as its legacies continue to echo throughout so many of our current societal systems. 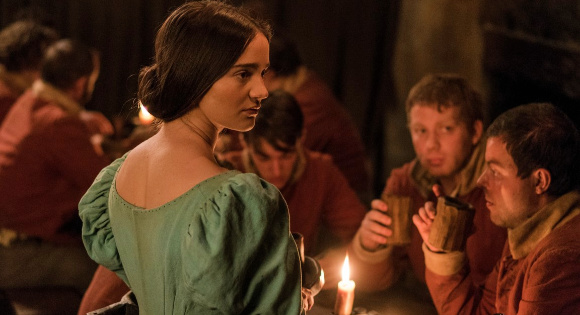 It’s the year 1825, and Clare (Aisling Franciosi), a young Irish convict, is working off her sentence on Van Diemen’s Island (modern-day Tasmania). The island houses a British penal colony where Lieutenant Hawkins (Sam Claflin) holds Clare’s ticket-of-leave, dangling the possibility of freedom in front of her as he casually delays her passage and regularly abuses her, mentally and physically. After years of toying and terror, a life-alteringly tragic act of violence by Hawkins pushes Clare to take new and desperate measures. She sets off on a retributive quest for revenge, against Hawkins himself, but also against the entire misogynistic system that has imprisoned her and so many others.

Kent’s unflinching refusal to gloss over the desperate gravity of Clare’s situation will turn off or completely trigger many viewers within the film’s first half hour and the violence and dread only grows more grim from there on. But the stakes are high, and their seriousness requires this kind of soul-crushing storytelling. There is more interrogation and education than exploitation to Kent’s choices, and for those willing to stomach accompanying Clare on her journey, Kent’s deep exploration of the shadowy corners of history is worth the trip. 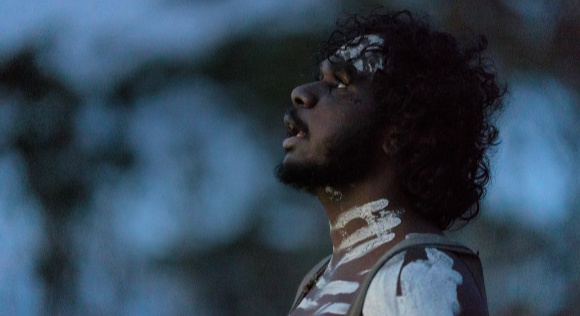 In order to guide her passage through the uncharted wilds of the island, Clare hires Billy (Baykali Ganambarr), an Aboriginal man with the experience and connection to the land that she lacks. The alliance is not a friendly one, but through the development of their at-first acrimonious relationship, The Nightingale transitions from what could have been an uncluttered tale of one woman’s battle against misogyny into a far deeper story of intersecting oppressions, shifting hierarchies, and unexpected solidarity. The already heinous violence of the film’s first quarter expands to envelop even more souls, most of them indigenous people. Billy’s race is derided among the island’s colonizers, and watching the white Clare treat him with self-involved mistrust and deep-seated racism nuances her image, showing how even the oppressed can oppress when the power balance tips.

If The Nightingale were a simpler, clumsier tale, Clare and Billy would eventually find common ground amidst the hellish landscape, acknowledging that her fight against misogyny and his fight against racism are more similar than not, but thankfully, that isn’t the simple story that Kent wants to tell. There are no clean connections here, no grand monologues, no easy solutions. Even the film’s only real moment of overt tenderness between the two travelers is bluntly and unceremoniously presented. This is not a plea for reaching across the aisle; rather, it is a harsh exploration of wounds and scars, pointing toward the real work that must be embodied in order to even begin reparation. 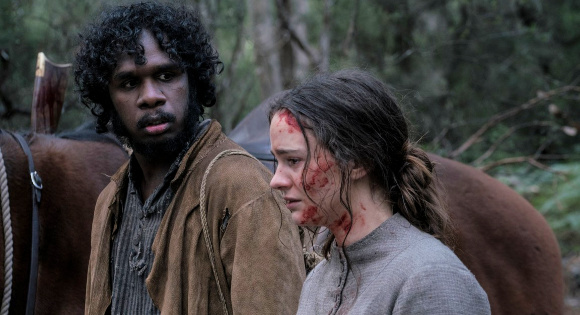 By the time Clare and Billy finally approach the long-sought opportunity to take the revenge they have been moving toward, The Nightingale has become something far larger and soulful. The plot no longer hinges on who will get their justice and who will get their just desserts. Instead, the two survey the hellscape around them and search for tools of survival beyond the stories their oppressors have told them. It is far from a perfect takeaway; in fact, even the oncoming brightness of the film’s final moments still seems downright bleak. But Kent’s message surfaces, brutally clear: The hope we seek on the horizon is rarely a bright white light, but rather one shaded in grays of authenticity, honesty, and recommitment to seeking new ways beyond the wildest, self-interested imaginings that have plagued us for millennia.

R - strong violent and disturbing content including rape, language throughout, and brief sexuality