The election of Barack Obama to the Presidency of the United States pushed some to naively declare that the country was entering a “post-racial” era. But racism and the continuing legacies of colonialism and white supremacy have roots too deep, too systematic, and too systemic to be erased with one election and presidential tenure, and the country has now witnessed the fear and hate that can rise to the surface when the historically common order of things is upset. Obama’s election offered a glimmer of hope, but hope, without continued collective work, does not dismantle an entire system. In a still unjust, still racist reality, where young black people are often only allowed one of two opposing paths, to be celebrated as model heroes or managed as potential menaces, growing up black is, at best, exhausting, and, at worst, treacherous.

Julius Onah’s Luce, based on J.C. Lee’s 2013 play, interrogates this conundrum in devastating detail, succeeding as both a searing indictment of race, identity, and class assumptions in the United States, as well as a truly thrilling piece of incendiary art. Filled with top-notch performances, most notably from Kelvin Harrison, Jr. as the titular hero (or antihero, as the plot unravels), Luce presents a complicated argument in dauntingly nuanced style, leaving questions in its wake that should preoccupy anyone who cares about how society nurtures its youth, particularly those caught in the blindspots of a country that seems to only want some black lives to truly matter. 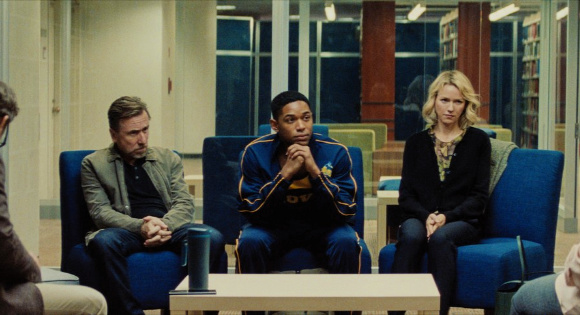 Luce Edgar is a star. Adopted at age seven by his self-consciously woke white parents (Naomi Watts and Tim Roth), and pulled out of a life as a child soldier in war-riddled Eritrea, Luce has been raised from problem child to model teenager. He regularly flashes a winning smile as he racks up sports wins, public speaking accolades, and the admiration of everyone in his Virginia high school orbit. Teachers joke about cloning him, his parents celebrate his hardwon successes in therapy, and they all participate in forcefully molding him into a fresh-faced symbol of strong-willed perseverance and articulate self-possession. 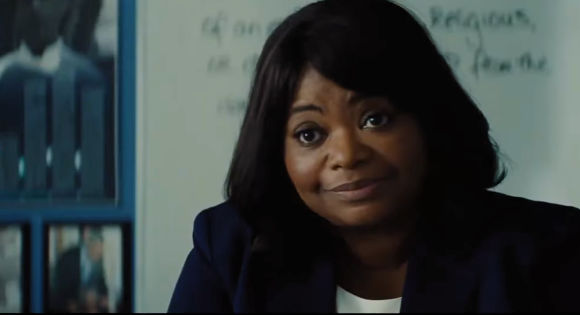 With all Luce has going for him, and with all the well-mannered promise he displays, the presence of stern black teacher Harriet Wilson (Octavia Spencer) serves as a constant buzzkill. She refuses to be charmed by his usual smoothness, instead pushing Luce further, demanding he be something even more promising than he is, even as Luce remains unable to pinpoint her motivation. There is also growing suspicion in the student body. Luce is called “Obama” at one point and “Mandela” at another, revealing that his fellow classmates might have some latent resentment brewing beneath their admiration. Has Luce been propped up, at the expense of others, and if so, why does he get all the support, while others are allowed and even encouraged to flounder?

Trouble begins when Ms. Wilson objects to Luce’s essay written in the violent voice of controversial Marxist revolutionary Frantz Fanon, and then finds a bag of illegal fireworks in his locker, prompting a string of unanswered questions and growing tensions that threaten to mar the perfect life that Luce’s parents have built for him. And an onslaught of skewed truths begin to build. Luce attempts to hold together the image he’s created, Ms. Wilson demands deeper exploration of his inner workings, and his parents struggle to maintain their fragile vision. As more disturbing complications pile on, including a murky suggestion of sexual violence from an ex-girlfriend (Andrea Bang), the simple answers and naive hopes on which each character has built their worldviews begin to crumble. 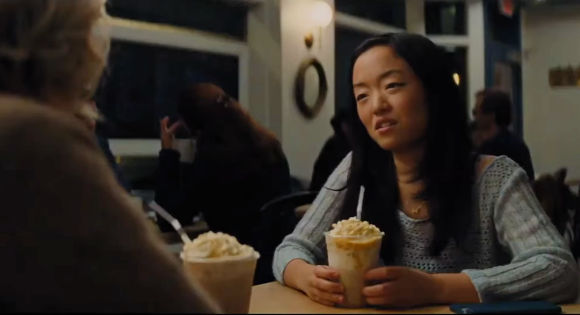 Luce is a deft, dense conversation starter and its powerful plotting has the potential to force viewers to excavate disturbing depths within their own assumptions, prejudices, and self-preserving fantasies. It is an essential addition to the growing number of films that seek to question not only the United States’ relationship with racism, but how foolishly that relationship has often been reflected in sugar-coated films that fail to ask real, probing questions about the spiritual rot at the center of our racial divisions. The future of a country is at stake, a country that continues to hide behind half-measures and empty platitudes, and Luce holds up a shattered mirror whose shards beg to be addressed with more than pat, post-racial happy endings.

R - language throughout, sexual content, nudity and some drug use