Tigers Are Not Afraid (Vuelven)

Directed by Issa López
A haunting fairy tale with an urgent message.

Before delving into fantasy, Issa López’s Tigers Are Not Afraid begins with two hard facts, emblazoned across the screen: Nearly 200,000 people have disappeared in Mexico over the last decade, and there is no accounting for how many children have been left behind by those disappeared. From there, López spins the harrowing tale of five of these children, injecting plenty of grim whimsy into a film that stylistically verges on cinema verité. The push and pull of horrific reality combined with horrific reverie pushes Tigers Are Not Afraid into a genre-defying realm that adds to its effectiveness as a surprisingly spiritual analysis of the effects of trauma on young minds and a celebration of the sometimes naively determined will that helps the young to survive such horrors.

The film’s unnamed Mexican town setting immediately sets the stage for violence. Students sit in a classroom, intently listening to their teacher, and gunshots ring out, sending them all to the floor. As young Estrella (Paola Lara) shivers facedown, the teacher hands her three pieces of chalk, stating that they will offer her three wishes. When Estrella returns home, she seems to immediately need to use one, because her single mother is nowhere to be found; the only trace of her is a blotch of red blood on a piece of hanging clothing. The original title of the film means “They return,” and Estrella’s first wish is for her missing mother to come back to her. And any common fan of horror will predict that, when the dead come back to life, they are rarely in a comfortingly normal form. 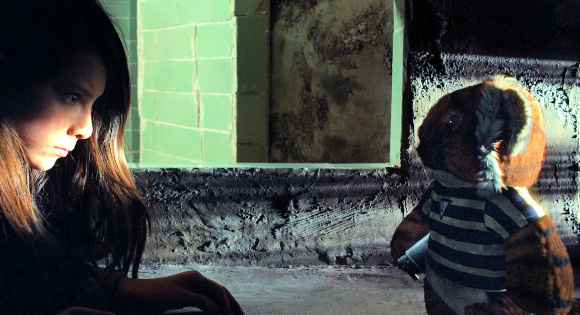 Starting with this first combination of disturbingly real violence (the gunshots are from a neighborhood gang, the Huascas, who terrorize the town’s inhabitants) and fantastical fancy (Estrella’s mother now haunts as a croaky-voiced, grisly ghost), López continues to paint connections between the gruesome realities faced by abandoned children in a ghost-town war zone, and the dreamlike ways those same children might concoct to deal with the onslaught of traumatic fear and bloodshed.

Estrella seeks out the companionship of a small, young gang of lost boys, immediately calling to mind a Peter Pan and Wendy dynamic, wherein Estrella becomes caretaker of those sorely in need of a mother, even as she suffers from her own loss. These foulmouthed street kids are all on the run from their own losses, and the leader Shine (Juan Ramón López) has stolen a gun and a cellphone from one of the Huascas members, putting the entire scrappy group, including Tucsi (Hanssel Casillas), Pop (Rodrigo Cortés), and the heartbreakingly adorable Morro (Nery Arredondo) in a precarious position. There is video captured on the stolen phone that will affect the futures of Shine, Estrella, and the rest of their small team, and the Huascas, along with the particularly slickly brutish politician El Chino (Tenoch Huerta Mejía), will seemingly stop at nothing to get the phone and footage back. 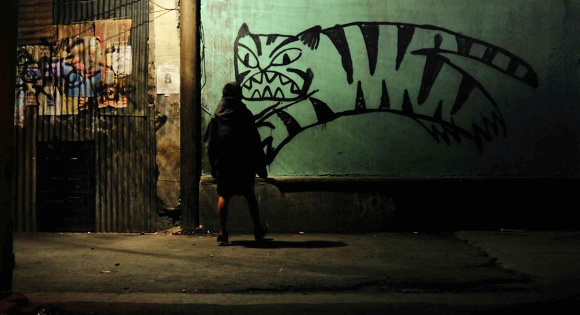 As the young people run from the Huascas and attempt to find moments of levity and love to sustain them, López fills the world around them with horrific and fantastical images that often make potent commentary on the film’s real horrors. There are sketches of a tiger that pulses with life, a potent representation of the strength that Estrella, Shine, and their friends must muster in order to survive. There are also a stuffed animal brought to life who points toward the crucial escape route at the exact right moment, a chalk line that wards off danger at the perfect time, a tiny dragon-like creature that flies from the phone and signals a sense of freedom, a stream of red blood that follows the youngsters and tends to point in the direction of each terrible violent act about to transpire, and reanimated ghostly, ghastly creatures wrapped in plastic who appear to embody all those souls who have been disappeared in a single flash of cruelty. 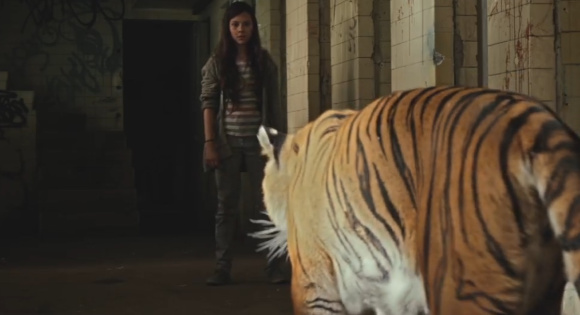 Tigers Are Not Afraid seeks to interrogate horror on multiple levels, while drawing the audience’s attention to an urgent reality that needs addressing. The pain and danger it presents is relentless and unforgiving, and López’s message is clear: The children at the story’s center will never outrun their trauma; they can only transform it into a new kind of collective power and fight the flesh and blood demons that have killed their current realities with new visions for their own future. It is a naive hope, one that world-weary adults might find troublingly fantastical. But for children living so desperately in the depths of Hell, it is a hope that propels them toward the only thing they have left, a manifestation of the nascent, ferocious strength that lies inside them, just waiting to be released.