Directed by Simon Hunter
Inspiring story about an adventuresome elder who discovers the fire inside herself.

"The great thing about getting older is that you don’t lose all the other ages you have been."
— Madeleine L'Engle in On Women Turning 70 by Cathleen Rountree

Edie (Sheila Hancock) is an 80-year-old woman who laments that she has spent most of her life taking care of an irritating, ailing, and controlling husband. Now that he has died, can she finally do what she wants to do?

While sorting some things, Edie comes across a dusty postcard from her father who years ago had invited her to climb Mount Suilven in Scotland. Thinking about that awesome mountain, she recalls what a brave and free spirit she was so long ago.

"Aging is a moral and spiritual frontier because of its unknowns, terrors, and mysteries"
— Thomas R. Cole in The Journey of Life

Convinced that she can take on and fulfill this dream of her younger self, Edie journeys to the west coast of Scotland. There she reveals her cranky side at a climbing gear shop when the clerk, Jonny (Kevin Guthrie) doesn't believe she is up to the climb. Eventually, she is convinced to take him along as a guide. As she embarks on this daunting challenge, Edie is forced to come face-to-face with the unknowns, terrors, and mysteries of her private pilgrimage. 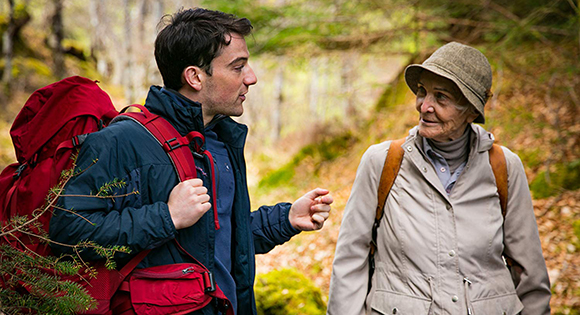 "Old age is like climbing a mountain. You climb from ledge to ledge. The higher you get, the more tired and restless you become, but your view becomes more extensive."
— Ingmar Bergman, Swedish film director

Writer and director Simon Hunter makes the most of Sheila Hancock's sturdy performance as an elder who yearns for an experience that will test her and take her deeper into herself than she has ever been before. She hopes that all the physical effort and spiritual strain will pay off with an extensive view. 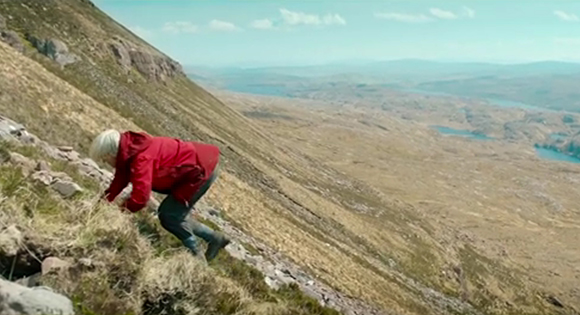 "Aging is a stage in life that's especially ripe for us to get free."
— Ram Dass in One-Liners

For many elders, one of the exciting things to discover is the fire inside them. Edie recalls: "I was a wild child, difficult to believe now. I used to have such fire … and then I got married." On her pilgrimage, she seeks to regain that early fire. Freedom, precious freedom — isn't that what we all yearn for?