Directed by Perri Peltz, Matthew O'Neill
Six creative ways dying people and their families are taking control of their deaths and the disposal of their remains.

According to the National Institute of Mental Health, fear of death ranks second on the list of top phobias in the U.S. On average, 6,800 Americans die every day, yet talking about death remains "the last taboo." It's probably not surprising that so many people avoid conversations about the end of life when they see it as enmeshed in anxiety and mystery.

Year ago, Bernard Crettaz, a Swiss sociologist, hosted a "Death Café" where a group of strangers gathered in a café around tea or coffee and talked about death for a few hours. That idea has turned into a global movement that has given thousands of people the opportunity to explore the deep questions surrounding death in an honest, open-ended, and non-judgmental fashion.

If you want to host your own version of a Death Café, we have the perfect resource for you, a one-hour documentary streaming on HBO. This poignant and enlightening film directed by Perry Peltz and Matthew O'Neill explores how husbands and wives, family and friends are choosing creative and emotional end-of-life rituals which speak to the needs, hopes, and dreams of their loved ones. Those who are dying and those who are preparing to grieve them want to play a larger role in what takes place as they die and what happens to their bodies afterwards.

Alternate Endings credits the Baby Boom generation for shifting the death process from traditional services in funeral homes to cremation. According to the National Funeral Directors Association (NFDA), cremations accounted for 50.2 percent of funerals in 2016. The $16 billion a year funeral industry is having to change its standard operating procedures. The documentary reveals some creative alternatives to burials of bodies or ashes.

Burial in a Reef Ball at the Bottom of the Sea
Leila Johnson states that her deceased father "loved the ocean and spent his whole life on the water." She spent a lot of time looking for a genuine and meaningful way to honor him. She rejoiced coming across "Memorial Reef International." Her father's ashes were put into a reef ball which was then deposited on the ocean floor to help offset the decline of reefs. Johnson puts on a scuba suit and bids her father goodbye for the last time knowing in her heart that she did right for him.

A Green Burial
Eco-friendly burial options are becoming more popular; 54% of Americans are considering a green burial, and 72% of cemeteries are reporting an increased demand. Barbara Jean Smith has terminal pancreatic cancer. Having been a nature lover all of her life, she chooses a green burial where her family and friends wash her dead body, no toxic embalming fluids are used, and her remains are wrapped in biodegradable cloth, and buried in a plot she has chosen herself. A tree is then planted over her, fulfilling her desire to have her flesh give nutrients back to the earth. 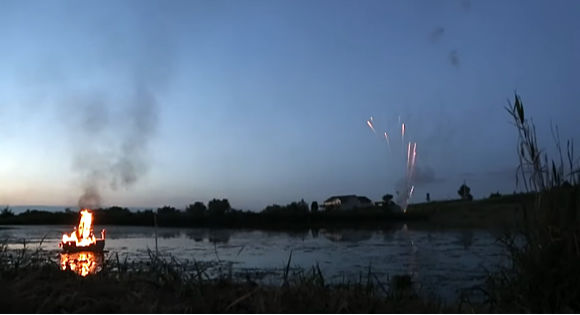 Celebrations
Some choose a celebration as a way to honor a life over a memorial or funeral service. Sara Snider Green says that her father loved the idea of space travel. She wants to give him that experience having his ashes sent into space on a NASA rocket. Her family joins 45 other families in New Mexico to watch as the cremated remains of their loved ones lift off to a chorus of cheers.

Emily and Ryan Matthias's five-year-old son Garrett has died of cancer. He had told them that he didn't want them to have a party, not a funeral, for him. They invite family, friends, and children to a happy event replete with superheroes, fantasy figures, a bouncy house, snow cones, and games he enjoyed.

A Living Wake with Family and Friends
In the television series The Wonder Years, Kevin Arnold says, "Memory is a way of holding onto the things you love, the things you are, the things you never want to lose." Have you ever wished you could be a fly on the wall at your own funeral service? It would be so moving to hear what relatives and friends have to say about us. In the ritual of a living wake, a dying person expresses his or her gratitude for the love and joy he or she has received. But the dominant pulse of the event is the celebration of the person's life by the gathered community who enjoy a party-like atmosphere as they talk about what they love in the person. Here we are treated to stories about Guadalupe Cuevas, a humble Mexican worker with a very large and loving family. 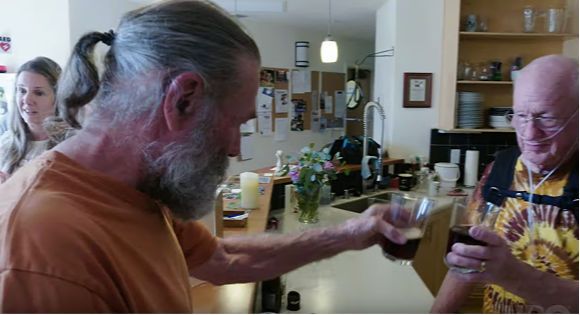 Medical Aid-in-Dying
Alternate Endings fulfils its intention of helping viewers see dying as something which can be dignified, personal, expressive, creative, and meaningful. The last drama is by far the most dramatic as Dick Shannon, a terminally ill man, takes charge of his death by having a doctor prescribe an "aid-in dying medication." He then builds his own coffin before hosting a party in his home where family and friends are all present when he consumes the medicine and dies.

Shannon's legacy is conveyed in these words:

"My observation about the way people die, at least in America, is they …
are not allowed the opportunity to be part of the process. The part that bothers me … is not being allowed to be part of that process. It's my death. Don't tell me what I have to do."