The Sound of Silence

Directed by Michael Tyburski
A creative exploration of the interactions between humans and the sounds of the things around them.

We fill our house with inanimate objects that please us at first but over time are ignored or unused. These things then suffer a second insult — they are not serviced, picked up or cleaned. Some observers have noticed that low maintenance or the long neglect of our once precious objects can lead to their rebellion.

Larry Dossey, a bestselling physician who has explored in many of his books the mysterious dimensions of healing, medicine, and human consciousness, uses the term "thing apartheid" to describe the ways in which inanimate objects in Western culture are not accorded the same respect as living, sensate organisms. Depth psychologist James Hillman in Kinds of Power observes: "Objects have their own personalities that ask for attention. Treating things as if they had souls, carefully, with good manners — that's quality service. … A theology of immanence means treating each thing … as if it were alive, requiring what each living thing requires above all else: careful attention to its properties, their specific qualities. … Notice differences, pay attention, give respect (re-spect = look again). Notice what is right under your nose, at your fingertips, and attens to it as it asks, according to its needs." 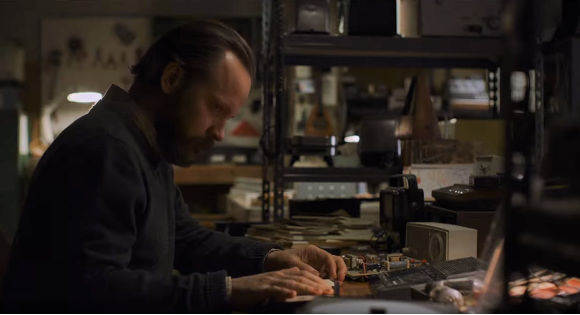 Peter Lucian (Peter Sarsgaard), the main character in The Sound of Silence, gets this point of view. He is doing research on how things, from a household toaster to the city of New York where he lives, are alive. Specifically, they make sounds. He moves through the city with his tuning forks paying attention to the distinctive notes of each area. Often he wears ear plugs to reduce the effects of the heavy-duty noise pollution on the streets. He then retreats to his basement apartment in an old bomb shelter where he has a large map on which he is noting the aural signatures of different neighborhoods. 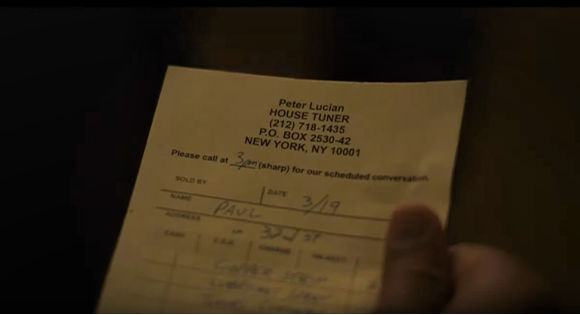 In addition to these scientific studies, Peter works as a "house tuner." His clients report a mental, physical, or emotional symptom. He goes to their homes, listens to the sounds in each room, and comes up with a sound prescription. For example, one man needs to make an adjustment on the sound of his radiator. Although very out-of-the-box, this work has attracted media attention. Another researcher (Tony Revolori) begins to gather Peter's research for publication in an academic journal. A group of entrepreneurs want to adapt his ideas to sell custom environments, but Peter wants to keep his findings as pure as possible. 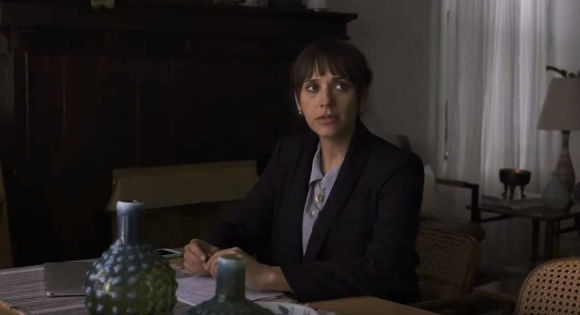 Peter's social awkwardness comes through when he visits Ellen Chasen (Rashida Jones), a divorced woman who is quite enchanted by his courtesy, his passion for his work, and the intense attention he gives to everything he does. But when all he can come up with as the cause of her sleeplessness and anxiety is that her toaster's sound is not in harmony with her refrigerator's, she is not impressed. Her inability to affirm his work mirrors a larger problem – that he is surrounded by skeptics and unable to connect on a personal level with anybody else. His capacity to respect objects and aural landscapes is undoubtable, but is that the prescription for a meaningful life?

Writer/ director Michael Tyburski has done a fine job orchestrating the complexity and subtlety of this odd-ball drama that touches on music theory, the connections between sounds and human illness, the toxins of noise pollution, and challenges which lie ahead in the intersection of all these subjects. Peter Sarsgaard delivers a performance of great range and depth in the lead role.