Directed by Michael Berry
A parabolic musical about what needs to happen to achieve the ancient dream of unity and respect for all people.

Take a ride on a New York subway and you are bound to be surprised by what you see, hear, touch, smell, and taste. If the subway car is crammed with people, the report of your senses will be even more vivid.

Think about it. Every stranger on a journey underneath New York City has a story to tell. And though we may pretend that we are all very different from each other, that is not the case. We are all brothers and sisters in the human family.

Michael Berry's Stuck is set in New York City's MTA transit system which has 472 stations and a ridership of over five million people daily. With wit and bravado, Berry has set this rowdy and revealing musical in a stalled subway car containing six passengers. 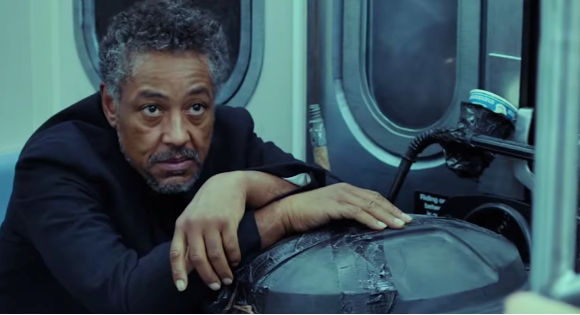 For most of these individuals, the ride is a transition between home and work. But not so for Lloyd (Giancarlo Esposito) who is homeless. He has created his own place at one end of the subway car. A cart contains his meager possessions, including what he needs to shave and brush his teeth. He is used to derisive looks and other passengers quickly moving away from him.

Trying to collect a few dollars, Lloyd recites passages from William Shakespeare but the others in the car try to ignore him. He breaks into a song, noting that "we all have stories to tell" and he is right. Others may have judged him to be an addict or a loser, but he sees himself as "a measure of grace to the world."

See what we mean by the surprises to be discovered underground? 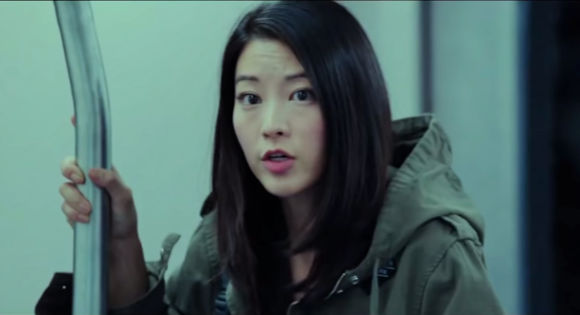 Caleb (Gerard Canonico), a twenty-something artist, is the first to question Lloyd and to give him $20 to stop his Shakespeare recitation. Caleb's real interest is Alicia (Arden Cho), a beautiful Asian ballet dancer he has been following around so that he can draw her. As these two passengers clash, we see more evidence of the heated gender wars in America. At one point, Caleb condemns Alicia's sense of entitlement in which she puts herself above others.

Ramon (Omar Chaparro) is a hard-working Latino who has multiple jobs and still cannot give his wife and daughters all they need. For him, the American Dream is a pipe-dream unavailable to poor people like him. 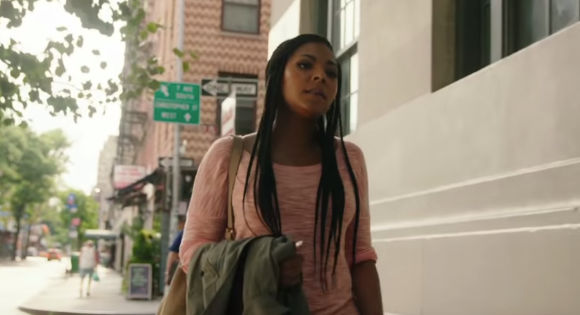 Eve (Ashanti) is an African-American who is rocked by Ramon's hostility toward blacks and racist images he believes are true. But her surprise comes when Sue (Amy Madigan) guesses correctly that she is pregnant. 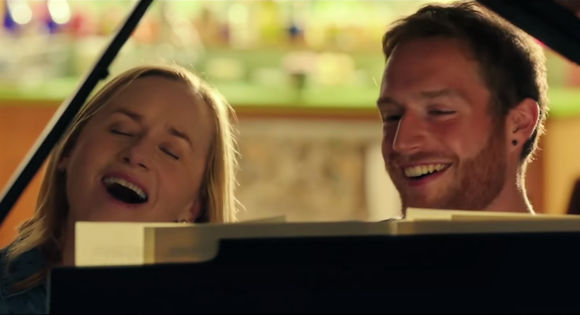 When this dogmatic white woman tries to convince her not to get an abortion, we once again see the divisiveness around women's choices. Sue, meanwhile has her own dark clouds to deal with; she is still grieving the death of her son, a talented musician. Her song about her loss is one of the film's most dramatic musical numbers.

This musical nurtures the ideal of unity which resides inside all of us. But as this parabolic film shows us there are formidable obstacles to this ideal. Walls and prejudices have gotten taller and thicker. And the barriers between men and women, the rich and the poor, the old and the young continue to proliferate. Protestant minister William Sloan Coffin lays out the challenge: "The ancient prophetic vision of unity, now (has) become a present pragmatic necessity."

Director Michael Berry concurs and expresses his hopes for the film:

“Stuck has been one of the greatest, most rewarding, and most challenging projects I have ever been associated with. My hope is that these six characters who are trapped on this train and are so much more than they appear at first glance, will remind audiences that now, more than ever, we need to meet others with more compassion. Truth is, every one of them and every one of us, no matter where we come from, is someone’s daughter, son, mother, father, uncle or aunt. We are way more alike than we are different and we are all stuck here together, just trying to get where we are going.”