In the Shadow of the Moon

Directed by Jim Mickle
A thriller than spans decades to explore the consequences of choices.

The opening shot in this thriller takes us into a wrecked office building. The year is 2024, and the place is downtown Philadelphia. 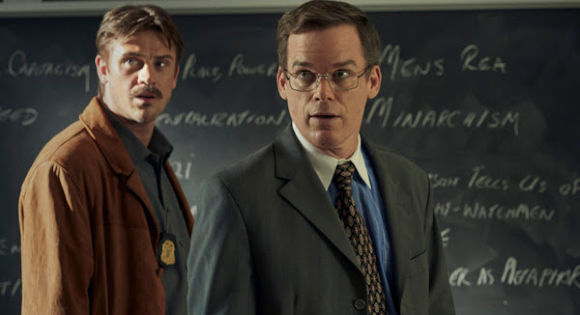 Next it is 1988 and Tommy Lockhart (Boyd Holbrook) is a cop who desperately wants to be promoted to detective. He and his partner Maddox (Bokeem Woodbine) decide to track down a serial killer (Cleopatra Coleman) who has been injecting a poison into people's necks, causing them to bleed to death. When Tommy comes face-to-face with this strange woman, she has executed three random people. Most shocking to Tommy is that she tells him something about his pregnant wife (Rachel Keller). 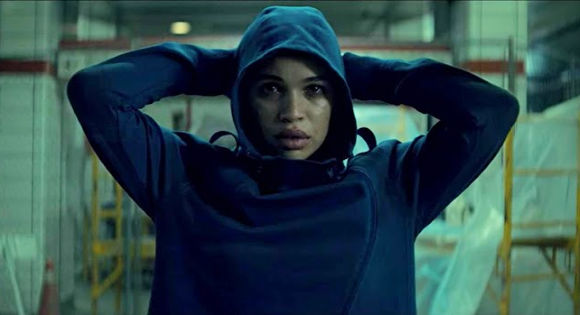 Nine years later Tommy is a detective which is all he once thought he wanted. But Rachel died giving birth to his daughter Amy, and he can't give her the attention she needs. When the serial killer he thought was dead reemerges, he worries about what this strange phenomenon could mean.

Jim Mickles directs this time travel story which is also a parable about the importance of choices and their consequences. As in many other sci-fi tales, those caught up in mysteries beyond their control are often abandoned by those closest to them. As Tommy spins out of the orbit of everyday life, both his daughter and his brother-in-law offer little support as he rants on about dangerous conspiracies. Boyd Holbrook's sturdy performance holds In the Shadow of the Moon together.