Directed by Ari Aster
A sunlight-drenched cocktail of grief and religion gone wrong.

Ari Aster shocked audiences in 2017 with the spooky smarts of his debut feature Hereditary. His latest exercise in grief and spirituality, Midsommar, expands his thematic obsessions in expansive, disturbing directions. With meticulous staging and detailed art direction, both films act as voyeuristic glimpses into the depths of this artist’s soul, as he throws genre elements onto the screen, stirs them up in surprisingly fresh ways, and offers up remixes of the familiar and the new that don’t always make complete narrative sense, but cannot help but haunt. And both films know their place. While Hereditary delved deep into darkness as black as night, Midsommar shows what horror can lurk on the sunny surface of the day. 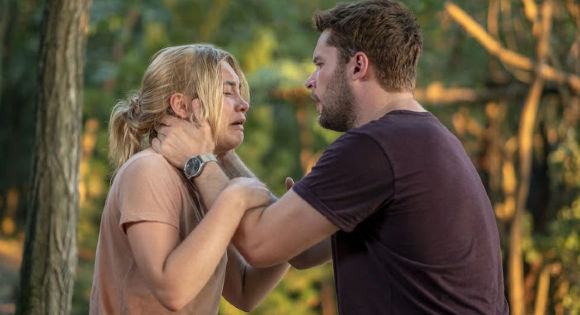 Aster is a master of mood, and Midsommar establishes its morosity early. College student Dani (Florence Pugh) is in deep grief following an unspeakable family loss. She seeks comfort from her dippy boyfriend Christian (Jack Reynor), but he has been discussing breaking up with her with his pals, Swedish charmer Pelle (Vilhelm Blomgren), endlessly curious nerd Josh (William Jackson Harper), and exhausting joker Mark (Will Poulter). Sensing Dani’s desperation, Christian reneges on his plan to break it off before he disappears on a trip to Pelle’s remote religious community in rural Sweden; instead, he invites her to come along. The dread is undeniable from the outset, and Dani’s deep depression not only threatens to drag the friends’ planned fun down, but also gives the opening of the film an almost unbearable sense of unease, long before any traditionally expected abominations ensue. 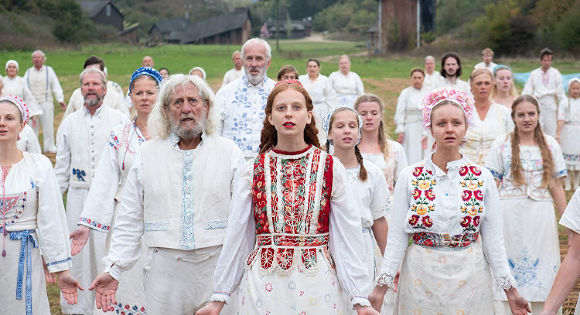 That this trip to “The Harga,” as Pelle’s commune is known, will soon descend into increasingly harrowing set pieces of violent, disturbing bedlam goes without saying. Midsommar has much to say about ritual, religion, and cultic sensibility, and much of the film’s running time is spent showcasing the community’s questionable practices. But the film’s lasting legacy lies not in the sum of its individual examples of terror (though these examples are mostly truly deranged and not for all audiences). Dani soon realizes that she’s an undesired tagalong, and her disappointment breaks her open and shoves her toward an unexpected alteration.

Midsommar’s most potent power springs from its interrogation of how far disoriented humans will go to find a place to belong, how religion fills voids some folks don’t even know they have, and how mob mentality, when mixed with the little earthquakes of each individual’s disappointments and personal tragedies, often gives way to a bankrupt ecstasy that can dip into darkness, even in the daylight. 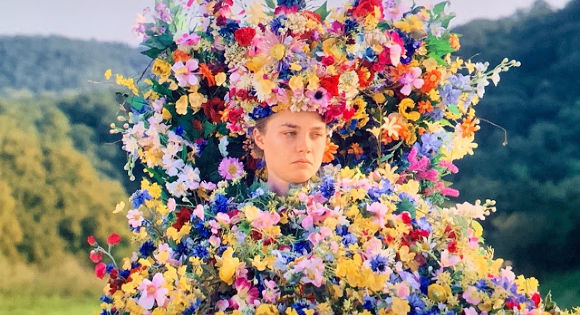 Dani, played with devastating vulnerability by Pugh, is a revelation. Her journey from remorse-racked nobody to revenge-resolved icon is a study in how to shape a well-rounded female character, one with ample flaws and gifts, who gets swept up into a life-giving dance with murderous dangers she never could have imagined on her own. By the time the film veers into truly absurd territory, Aster and Pugh have undergirded Dani’s transforming reality with such precise character detail that it is impossible to not simultaneously want to celebrate her and castigate her, to revel in her chaotic catharsis and to rebuke her cockeyed morality.

Aster seems to want to trouble us, to show us both the generative potential of spirituality and the destructive shadows that often derail spirituality’s inherent good intentions. Audiences will leave with more questions and no answers. Aster is not a moralist, but an artist, content to show, not tell, to merely exhibit, not explain intention, and to create characters, not soapboxes. Dani’s trajectory will give ripe fodder for discussions on how one might seek connection in a dismissive world, how one might seek healing in a broken system, and how easily individual metamorphosis can descend into madness when the roots of spiritual possibility are not sown and tended in healthy soil, but instead left to rot and burn in the heat of unchecked, mounting fury.