Directed by Logan Marshall-Green
Touching story of a socially awkward ex-con who discovers the value of giving and receiving.

Russ Millings (Ethan Hawke) has spent 18 years in jail for possession of an ounce of marijuana with the intent to sell. That arrest was his third offense, and California's three strikes law then in effect meant that he got a long sentence. 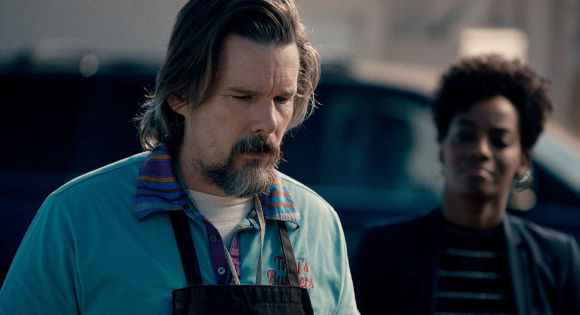 After his release, it is soon apparent that this shy and socially awkward middle-ager is not well-equipped to cope in the outside world. His probation officer warns him to follow the rules and to not do anything wrong or he'll wind up back in prison. Russ gets a job at a fast-food joint and moves into a grungy apartment.

He learns about the death of his beloved father after fumbling around on the Internet at a café. The owner can't believe that he has never been online before. When he hears that that this ex-con has been in jail for such a minor offense, he says in disbelief, "You're not even black." 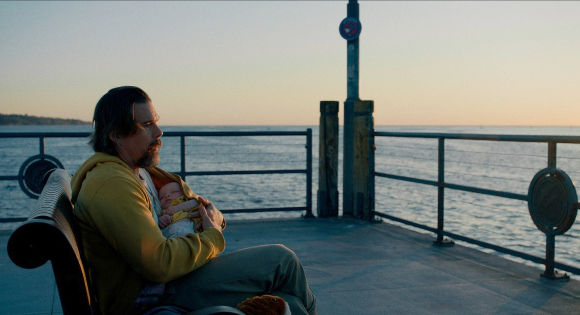 Russ's life is put in turnaround when he finds an infant baby in a dumpster near his workplace with a note saying her name is Ella. Instead of handing her over to the authorities, he keeps her with him for a few days. He does his best to provide for all her needs, and she seems to be listening as he talks about his life. On a trip to the beach, his favorite place, he tells her about his father and their mutual hobby of stamp collecting. But after Ella falls out of bed and injures her head, he takes her to the hospital. He learns from Social Services that they will put her in a foster home. 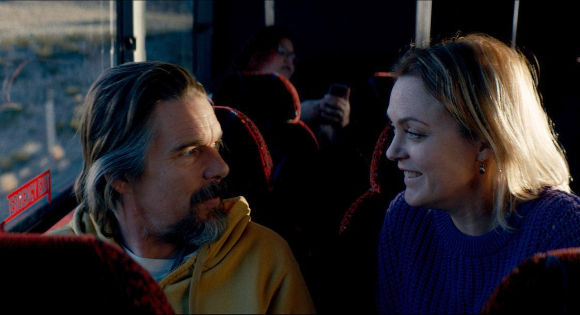 In the second half of the movie, director Logan Marshall-Green picks up the pace and accentuates a big surprise that comes Russ's way. On a bus trip back to Wyoming to visit his father's grave, he meets another outsider (Elaine Hendrix) who is grateful for his generosity when he listens to her story and shares a sandwich with her.

This film does a fine job illustrating in an accessible way how good deeds have a positive effect on both those who give and those who receive. Ethan Hawke does a remarkable job depicting the vulnerability of this loner whose kindness is rather surprising given the suffering he has endured due to an unjust prison sentence.