Directed by Joe Penna
A survival story that shifts gears into a spiritual parable about kindness and compassion.

In the movie Beasts of the Southern Wild, a teacher talks to her students about climate change, saying:

"Any day now the fabric of the universe is coming unraveled. Ya'll better learn how to survive."

Having lived in a New York City apartment for nearly 50 years with little or no experience in fixing things, we describe ourselves as "not handy." If we had to survive in the wilderness, we would be probably fail. That is why we are inspired — and quite amazed — when we see movies about people coping in dire circumstances with their lives literally on the line. 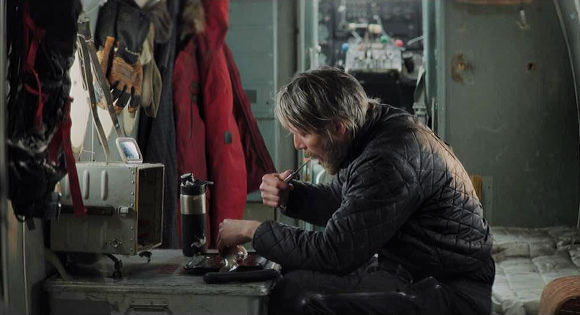 Arctic is such a survival tale about a resilient, hopeful jack-of-all-trades (Mads Mikkelsen) whose cargo plane has crashed in an icy, windy, and frigid place. He's stranded far from any other humans. With impressive abilities, he has made a shelter for himself in the wreck of the plane, carved a large S.O.S. in the ice, come up with a means of catching fish to eat, and set up a way of calling for help via a hand-cranked radio signal.

Mads Mikkelsen gives a poignant and convincing performance as this survivor. Writer and director Joe Penna, along with co-writer Ryan Morrison, emphasize the character qualities of this individual who faces one peril after another. 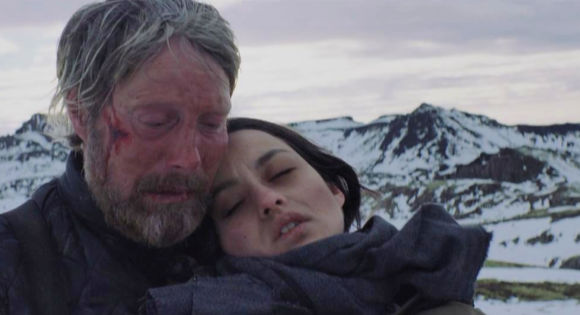 Just when you think you have taken the measure of the man, the story shifts its focus. A helicopter about to rescue him crashes on the ice. The pilot is killed and the co-pilot, a young woman (Maria Thelma Smaradottir), is badly injured. Now the drama becomes a parable about kindness and compassion. 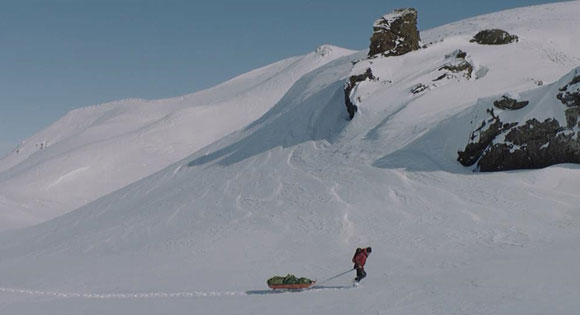 The man nurses her as best he can, tries to make her comfortable in the plane, and gets her to eat and drink. Then he makes the difficult decision to leave their shelter and drag her in a sled overland to the nearest outpost days away. Now he faces new challenges, including a hungry polar bear, frostbite, and exhaustion.

We can easily understand the impulse to do anything we can to survive ourselves, to take risks, and to persevere against all odds. We expect our adrenalin to kick in and our mind and body to cooperate in a major effort to live. What's impressive here is that the man summons all his personal resources and commitments to save a stranger. This film is more than a survival story; it’s a tale of sacrifice and service.