Films that illustrate the resilience, courage, and skills needed during extreme challenges.

Many people face perilous times as a result of financial loss, unemployment, and homelessness. The health care system has broken down in some areas, creating other challenges. Due to global warming, weather disasters are on the rise with floods, hurricanes, and droughts. And none of us is immune to the possibility that we might find our lives in danger due to a terrorist attack, a criminal act, or an accident.

In a pivotal scene in the extraordinary film Beasts of the Southern Wild, a teacher of poor kids in the Bayou warns them to do all they can to prepare for the future. She counsels them: "You all better learn to survive."

Movies often show us characters struggling to survive in dire situations. This scenario is common in science fiction stories and thrillers set in distant lands. But many are based on true-life stories. All share the theme that really intense situations can become transformative moments in our lives.

Here are feature films that teach us how to survive. Adrift (2018)
The true story of a brave young woman who has her heart and hopes tested during a catastrophe at sea. Alive (1993)
An intense and gripping story of survival and heroism after a plane crashes into a snow-capped mountain. 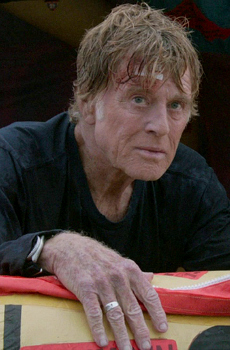 All Is Lost (2013)
An immersive drama of survival at sea and facing the fear of dying alone. Arctic (2019)
A spiritual parable about a jack-of-all-trades whose cargo plane has crashed in a windy and frigid place and who, in a twist of plot, gets a chance to practice compassion. Beasts of the Southern Wild (2012)
An extraordinary movie about a fearless six-year-old African-American girl who tutors us in what it takes to be a survivor after her community is flooded during a hurricane. Captain Phillips (2013)
A solid portrait of a middle-aged captain of a hijacked cargo ship who possesses the right stuff for surviving a hellish four-day ordeal. Cast Away (2000)
The spiritual portrait of an American engineer stranded on a desert island who gives up the illusion of control and opens himself to the mysteries of the present moment. Don't Look Up (2021)
A thought-provoking parable about climate change in which two astronomers try to wake the world up to an imminent disaster for the planet. Gravity (2013)
The transformation of a medical engineer on her first mission forced to discover how to survive after her ship is critically damaged. Life of Pi (2012)
A visually stunning drama about the spiritual journey of a young man who ends up on a lifeboat with a Bengal tiger. The Impossible (2012)
A first-rate drama about a family vacationing in Thailand when the 2004 tsunami hits. The Martian (2015)
A science fiction thriller about a research astronaut abandoned for dead on Mars who has to figure out how to stay alive until he can be rescued. The Mountain Between Us (2017)
A survival story that reveals how love and tenderness grow out of the vulnerability of two strangers. 127 Hours (2010)
A riveting and creative wilderness story about a loner's courage and perseverance in the face of hopelessness. Theeb (2015)
An intense coming-of-age and survival tale set in the desert that is both awesome and harrowing.