As each scene of Jojo Rabbit whisks by, the film regularly threatens to stop working. With its depiction of Adolf Hitler (gleefully played by director Taika Waititi himself) as the imaginary friend of Nazi-obsessed German 10-year-old Jojo (Roman Griffin Davis), and its consistent refusal to play down its biting humor, the film’s often outrageous and continually uncomfortable satire simply doesn’t feel like it should be as moving as it is. But something magical happens amidst the loopy fun, and Jojo Rabbit’s ultimately sweet message, that children absorb both the horrors and hope around them and that we should pay attention to what we feed them, comes as a true surprise, making the film one of shocking spiritual depth.

It’s the last days of World War II and in the fictional German town of Falkenheim, young Jojo is dedicated to his fantasies of what Hitler requires of him. He talks the anti-Jew talk, has a book in which he’s drawn every terrible cartoon and written every terrible anti-Jew characterization he’s heard, and is ecstatic to be attending a Hitler Youth camp, where a hilariously inept group of Nazi soldier rejects, led by Captain Klenzendorf (Sam Rockwell), Frau Rahm (Rebel Wilson), and Fred Finkel (Alfie Allen), seek to further indoctrinate still-malleable minds in order to save any face the Third Reich’s got left. 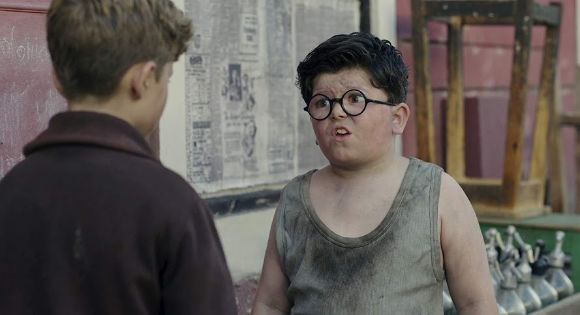 But even with his imagined commitment to the Hitler mythology in his own head, Jojo can’t bring himself to give into the violence and ego necessary to hate and kill. Jojo puffs up his chest, shouts slurs, and makes threatening promises, but his bite doesn’t follow through on his bark. His sweet friend Yorki (Archie Yates) first appears like the one who might crumble under the pressure of a violent regime, but it’s Jojo who can’t even hurt animals, let alone humans; his nickname comes from an especially embarrassing incident at camp when his softheartedness emerges as he is pressured to take a rabbit’s life and takes the nobler path. 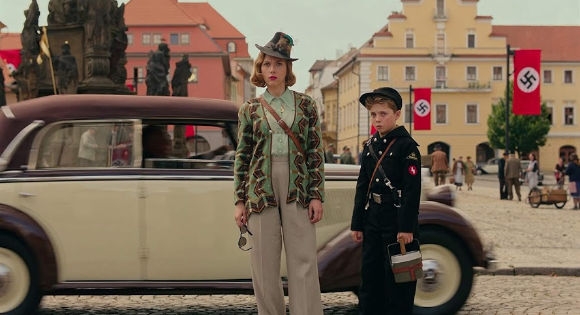 These cracks in Jojo’s crusty surface make more sense as his relationship with his mother, Rosie (Scarlett Johansson), is revealed. Rosie offers a bit of groundedness in the chaotic proceedings, showcasing a woman torn between loyalty to her country as it is and loyalty to the country she knows is possible. Raising Jojo as a single parent, her husband having disappeared sometime during the war, Rosie has secrets up her sleeve that will spell out a horrific fate for some players. She will challenge Jojo to commit himself to more difficult but better angels than the attractive Hitler devil dancing a jubilant jig on his impressionable shoulder and grinding a groove into his sensitive psyche.

Some viewers might question Waititi’s tone, as it unflinchingly wrings humor out of terrifying and tough situations, but it is impossible to ignore Jojo Rabbit’s more spiritual concerns. Even with ample slapstick and lowbrow gags, the film is curiously thoughtful, especially when Jojo develops a relationship with 16-year-old Jewish Elsa (Thomasin McKenzie) and is invited into a remarkably different way of channeling his young, exuberant, and dangerously directionless energy. 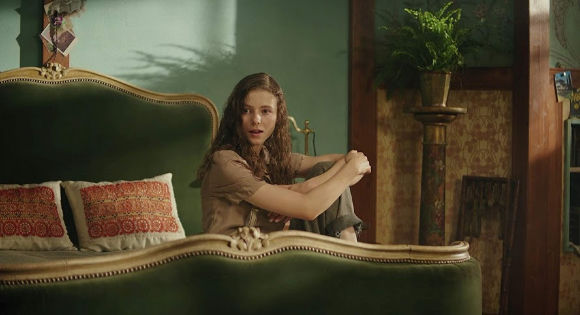 In the end, it’s not only children who are identified as the ones requiring nurturing and guidance, but all human beings. The film’s gentle message of connection over cruelty might seem saccharine in a more serious film, but combined with its abundance of satirical saltiness, the idea that even hardened hearts are waiting to be cracked by fierce love shines as a strangely realistic horizon, especially in a still ridiculously horrific world in need of a little tenderness and a whole lot of truth-telling.