Liu Ximei, a resident of China’s Henan Province, is on a mission. She is determined to rehumanize some 300,000 people who contracted HIV in the 1990s during China’s days of the “Black Blood Economy,” a government initiative that pressured impoverished villagers to donate their blood through contaminated equipment that wound up infecting both donors and recipients. Ximei is one of those infected, but instead of allowing her diagnosis to paralyze her, she has refused to quietly suffer. In response to both the horrific scandal itself and the government cover-up that followed it, Ximei is using her huge heart and fierce intelligence to push the government to tell the truth and to empower other infected individuals to raise their voices to demand accountability and justice. 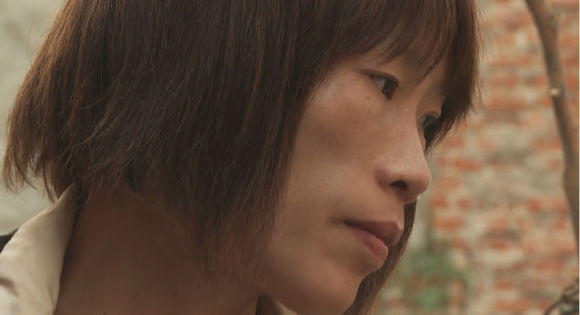 Ximei, directed with a combination of in-the-moment grit and great sensitivity by Andrew Cohen and Gaylen Ross, follows this no-nonsense justice warrior through her often mundane days, bearing witness to the quiet ways she uses her own grief to break down barriers and rebuild lives. Even more disabling to the victims than the disease itself is the stigma and continuing poverty that comes along with it. All of them were poor before they donated their blood, which was the very reason they felt pressured to participate in the first place, and their lack of easy access to treatment, combined with societal and familial dismissal, creates an added three-fold blow that constantly strips them of humanity and autonomy. Ximei, only in her 30s but wise beyond her years, acts as a sort of den mother for all, softly nurturing them, even as her own body and psyche threaten to break down. 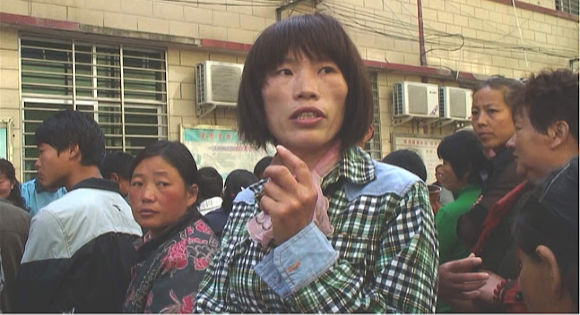 Filmed over seven years, Ximei peppers the mundanity (shopping, cooking, visiting, helping illiterate friends complete paperwork and obtain treatment, even trepidatiously starting a tenuous romance) with moments of high tension, most notably when Ximei travels to Geneva to take her message to the Joint United Nations Program on HIV/AIDS. Here, the huge threat to Ximei’s work comes into stark detail, as it is revealed that she is being followed by shadowy plainclothes operatives. The government really doesn’t want her making noise, and she is in constant danger of reprisal. But Ximei’s face mostly remains placidly determined throughout every instance of adversity, a testament to her selfless fortitude and to the strength of all who transform their own suffering into a societal wake-up call. 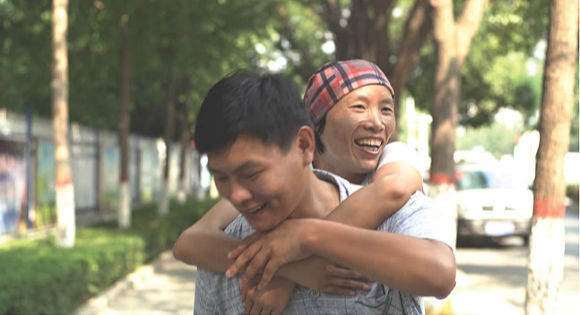 Ximei offers both a crash course education about a little-known government travesty and a softly earthshaking portrait of a social justice warrior who has dedicated her life to making certain this government is held accountable, creating connection in the face of dehumanizing destruction. The message is clear, even if the future of Ximei and her compatriots are not, and much like its protagonist, the film looks a bit tattered around the edges and always feels completely unsentimental, which only adds to its subtle spiritual power.