Directed by Noah Baumbach
Portrait of an unsatisfying marriage and a messy and sad divorce.

"Every marriage is two marriages; the man's marriage and the woman's.
— Jessie Bernard, sociologist

In this psychologically rich drama, we see how couples can develop very different perceptions of what it means to be married. Charlie (Adam Driver) is a successful New York theatre director whose avant-garde off-Broadway play is about to move to Broadway. His wife Nicole (Scarlett Johansson) has been the star, but she has been offered the lead in a TV pilot in Los Angeles, her hometown where she had an early career in movies. Now she's taking their eight-year-old son Henry (Azhy Robertson) to L.A. with her. Charlie fully expects them to come back to New York soon. 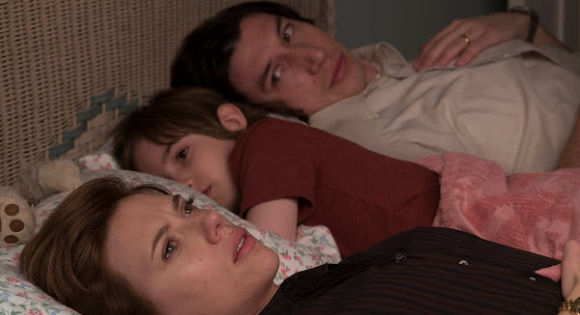 The move sparks old and persistent problems in their marriage. She's angry over his recent affair with another member of the theater troupe, but even more painful to her is what she sees as his inability to respect her gifts and priorities as a wife, an actress, and a mother. His career in New York has always come first. Now she wants her turn.

In the opening scenes of the film, Charlie and Nicole are meeting with a mediator after they have decided to separate. He has suggested they make lists of the things they have loved about each other. Scenes from their past illustrate what at first glance would seem to be a happy marriage. But when Nicole refuses to share her comments and leaves, we realize that all is not at all how it looks. 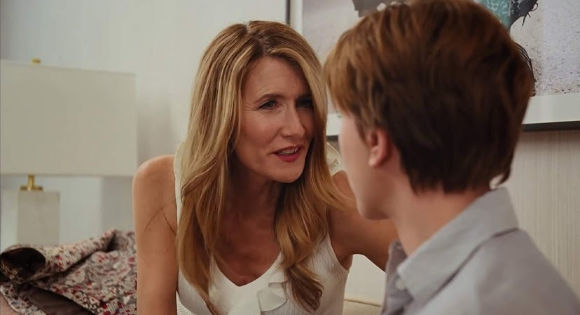 The divorce doesn't go as expected either. In L.A., Nicole is encouraged by a friend to hire a tough high-powered divorce attorney (Laura Dern). They decide to establish that L.A. is her home and young Henry should stay there with her. Charlie, who thought they had decided to not hire lawyers and considers them to be a New York family, is forced to find one to protect his interests. He winds up with a more kindly lawyer (Alan Alda), who tells him "I want you to know that eventually this will all be over and whatever we win or lose, it'll be the two of you having to figure this out together." Charlie replies that "You're the first person in this process who has spoken to me as a human being."

Despite outstanding performances by Adam Driver and Scarlett Johannsen, the humanity of these characters seems in very short supply. Given their talents and accomplishments, as viewers we had to wonder how they could be so bad at communicating their real feelings with each other and how they could let others control their destinies. 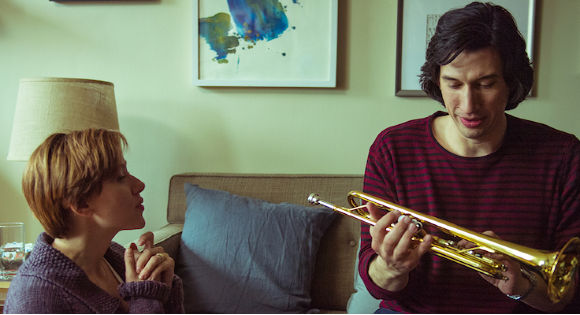 In 2005, director Baumbach made a film about the divorce of his parents called The Squid and the Whale, which we chose as one of the Most Spiritually Literate Films of the year. We described it as "an open, honest film that allows us to enter and freely share in the emotional upheavals of all the members of a dysfunctional family."

We did not feel similarly invited to empathize with Charlie and Nicole. Despite Baumbach's attempts to lighten the gloomy mood of the film as a whole, we found this divorce story to be a confusing saga. How things turned out might have made more sense had the principals read William Martin's The Couple's Tao Te Ching.

In the confusion of a complex world,
clarity of purpose can be lost.
In the bustle of a hurried life,
patience is forgotten.
In the midst of a multitude of distractions,
passion can fade away.