Directed by Melina Matsoukas
An epic romance on the run from a white supremacist system.

It’s a shame that Queen & Slim will inevitably be compared to other folks-on-the-run films like Bonnie & Clyde, Thelma & Louise, and True Romance. Though it might share some obvious aspects with these other well-known tales, what writer Lena Waithe and director Melina Matsoukas have attempted with Queen & Slim is wholly original. They take their characters and audiences on an edifying, exhaustive crash course through the current U.S. black experience in just a little over two hours. The divisions, roadblocks, and promising paths that the titular couple encounters along their way present race and class divisions with artfully provocative nuance, providing potent fodder for difficult discussions this country still sorely needs to have. 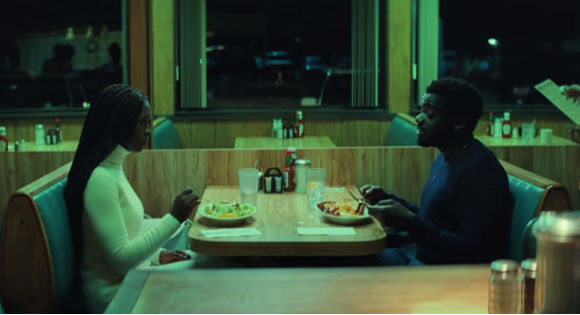 The film begins with an awkward, forgettable Tinder date and ends with an epic soulmate connection for the ages. Between these two moments, the former lightly humorous, the latter tense and tragic, Queen (Jodie Turner-Smith) and Slim (Daniel Kaluuya) transform from strangers to survivors, only to have their story cut short in a fashion too familiar for too many.

It starts simple enough: Following their first disappointing dinner, Slim is ready to drop Queen off at home and both of them are ready to move on. But when Slim is pulled over (basically for driving while black), an encounter with a bullying police officer goes from bad to terrifying and, before they know it, Queen has been shot in the leg and Slim has killed the officer in an act of quickfire self-defense. 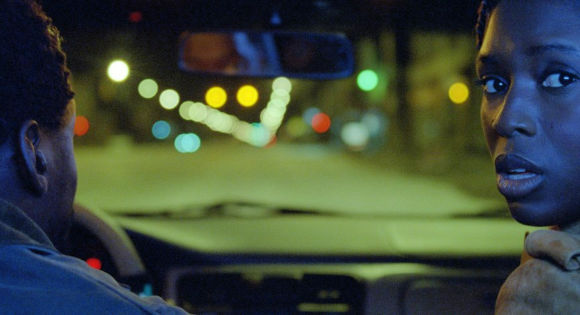 From there, Queen and Slim speed away, desperate to escape this site of terror before they have to take the fall. They make their way south, seeking help and shelter, but as viral video of the incident makes the news and their faces are plastered on screens and walls, their journey takes on a growing urgency. As the couple begins to cling to one another in deeper desperation, both a nationwide manhunt and a form of hero worship begins to build around them. The country splits between those who would brand them as criminals and those who would lift them up as symbols of resilience in the face of collective trauma.

Queen & Slim stylishly floats between feeling like in-your-face reality and picaresque fable. As the couple encounters old relatives, new friends, and possible foes, the story begins to seem less like a naturalistic narrative than an impressionistic allegory, with Queen and Slim symbolizing the living, breathing human beings at the center of all national debates on black lives and police brutality, the real faces and real names that become pithy, shouted chants only after they succumb to violence or death. Through a panoply of intersecting, sometimes devastating scenes, Waithe and Matsoukas not only tell the story of Queen and Slim, but also the story of what nightmares await all black lives in a country where black lives really still don’t seem to matter.

They also subtly explore the complications of celebrity that arise when certain lives capture the spotlight and start to matter in ways that outgrow the human beings themselves. Everyone wants a piece of Queen and Slim, whether to lambast them or crown them, while Queen and Slim basically just want to be, and this added layer of shading lifts Queen & Slim from being a good, simple film for our current moment to being a great, complicated film for all time.

The plot hurtles toward a conclusion that will feel inevitable to anyone who has watched other lovers-on-the-run films or anyone who has noted just how many black lives end when they dare to attempt to outrun state-sanctioned violence. But by the time Queen and Slim meet their fate, the film’s themes have expanded past the details of this specific story, encompassing the hopes and fears of so many black lives, exclaiming questions of justice, questions of equality, questions of just how many more symbols must be made of normal human lives in order for real spiritual change to finally shift the worn down and tragic paths of this country’s continuing history toward new directions.