There is no way to praise Rian Johnson’s Knives Out for its most profound achievements without completely giving away the secrets of its most mysterious pleasures. The film wants to be at least two or three things at once, and it achieves its ambitions. This takedown of and love letter to classic Agatha Christie whodunits consistently takes its cake and fully gobbles it down, leaping between foul-tempered parody and serious, earnest interrogation with such agility that its broad comedy ends up seeming almost realistic and its message-drenched morality goes down like a delicious dessert. 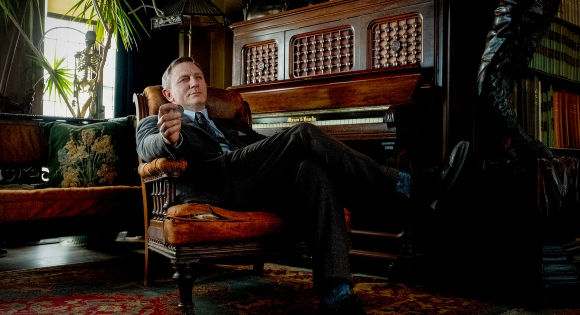 The setup is classic: Acclaimed mystery writer Harlan Thrombey (Christopher Plummer) is dead, the victim of an apparent suicide, and his family of complicated characters have questions. Gathering at their patriarch’s mansion for fights and accusations, Thrombey’s brood is met with questions from a pair of suspecting police officers (LaKeith Stanfield and Noah Segan), who are also accompanied by a mysterious companion, the molasses-voiced Benoit Blanc (Daniel Craig), a Southern-fried Hercule Poirot knock-off whose eccentricities further exacerbate the investigation.

As questions compile and possibilities expand, the simple suicide explanation grows less and less believeable, and everyone becomes a suspect. It could be straight-laced conservative daughter Linda (Jamie Lee Curtis), her mansplaining husband Richard (Don Johnson), or their white-nationalist-in-the-making teenager (Jaeden Martell). It could be failed creative son Walt (Michael Shannon), widowed, mantra-spouting lifestyle guru daughter-in-law Joni (Toni Collette), or her lefty daughter Meg (Katherine Langford). Or it could be slippery ne’er-do-well grandson Ransom (Chris Evans), whose animosity for everyone in the family fills the air even in his absence. 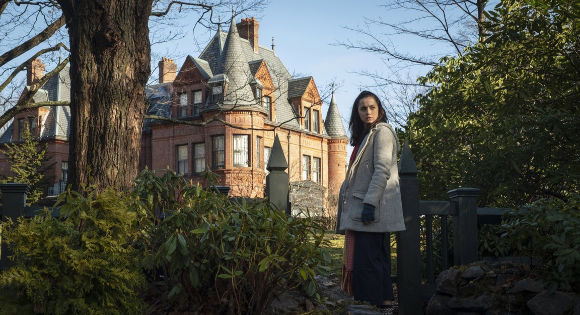 The athletic abilities of Johnson and his cast are on full display throughout, but even as it remains fun to guess just who might be at fault here, the film’s true and lasting gift is not so much as pure plot-driven entertainment, but as a witty romp wrapped around a timely, sharp-pointed message. Observing the hurricane-like proceedings is Thrombey’s visiting nurse Marta (Ana de Armas), a classically beautiful, often silent young immigrant with a major problem: When she tries to lie, she vomits. Literally. Besides this being a humorous character trait for an outsider at the center of a family breakdown, it becomes a metaphor for the inconvenient truth waiting to erupt from the core of a badly-behaved, white-supremacy-laden country. And this frothy blend of ridiculousness and significance rockets Knives Out into territory that might at first seem out of its league, but eventually proves to be the film’s main enduring point.

The fact that Thrombey’s conniving clan can’t even remember Marta’s country of origin is only the beginning of Knives Out’s more meaningful layers. But Johnson doesn’t ram morality down his audience’s throats. Those who approach the film seeking nothing more than a parlor room pastiche might leave with just that. But the film brazenly speaks to the United States’ current cultural moment with beautifully honed acuteness, and it invites a deeper exegesis than its snarky, sneaky outer shell first suggests. 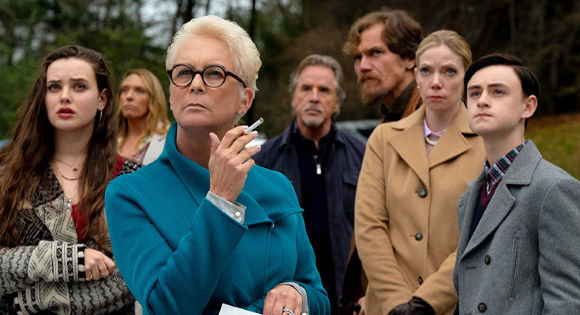 In the end, the killer is finally revealed, but by that time, the mystery that needs solving has shifted into an entirely different category, leaving all involved, and the audience, looking at a changed landscape, new rules, and a future that is coming, no matter who remains unready for it. Knives Out nudges all holdouts to get onboard with these unexpected plot twists and to figure it out from there.