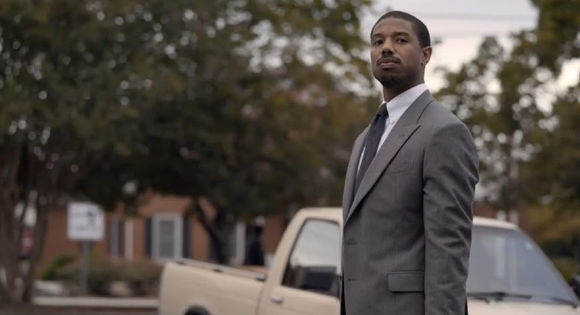 Based on Stevenson’s recounting of his real-life fight to prove McMillan’s innocence in a murder case that rocked Monroeville, Alabama, Cretton’s film does justice to the fierce integrity of both men, crafting a story that should madden any viewer of conscience, but give them just enough hope to keep fighting themselves. This film adaptation doesn’t take many creative risks, but what it might lack in formal ingenuity, it more than makes up for in clear-eyed storytelling and fidelity to its worthy subject, bringing to a wider audience a tale that must be told, especially as racist injustice continues to run rampant in the U.S. criminal “justice” system.

The facts are these: In 1987, McMillian, a black man known around town as “Johnny D.” was convicted of murdering a white teenage worker at a local business in Monroeville, a town that wears its “Birthplace of Harper Lee” pedigree with pride. Two years later, Stevenson, fresh out of Harvard Law School and looking to do good in a world of pain, moved to Monroeville to start what eventually became the Equal Justice Initiative, which is still bringing legal representation to those in need. When Stevenson encountered McMillian and proceeded to dig deeper into his case, he found a trail of unjust machinations, most notably a perjured testimony from a white prisoner, Ralph Myers (Tim Blake Nelson), coerced by law enforcement to say he’d been witness to McMillian’s crime. 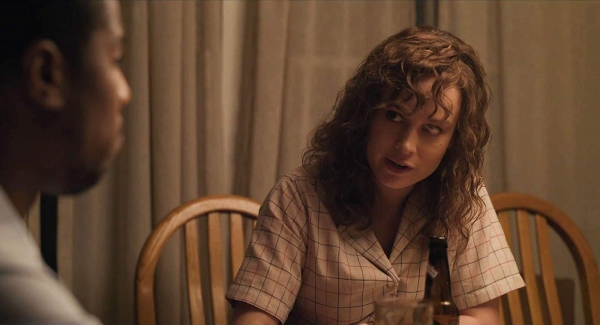 From these seeds, Just Mercy sows a story of racism, police misconduct, and systemic injustice, but it most potently succeeds in showing just how important it is for those caught in the web of the criminal justice system to have hardworking, relentless, hopeful advocacy. In their fight to uncover the truth, Stevenson and McMillian are aided by Monroeville local Eva Ansley (Brie Larson), and consistently foiled by District Attorney Tommy Chapman (Rafe Spall) and Sheriff Tom Tate (Michael Harding). While Stevenson and McMillian continue their fight, the varied experiences of other death row inmates come to the forefront, most movingly that of Herbert Richardson (Rob Morgan), a mild-mannered war veteran whose clear PTSD has gone unacknowledged as he awaits his execution day in his tiny cell. 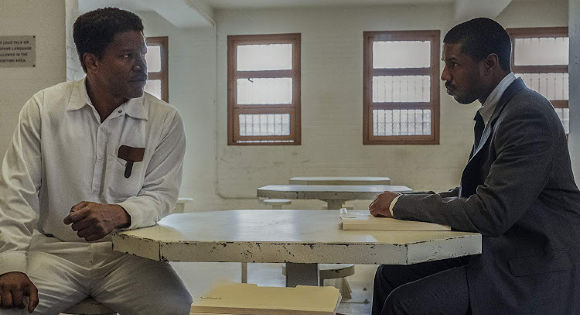 Just Mercy’s point is brought home in the manner of most Hollywood courtroom fare, with sweeping music and perfectly timed catharsis, but even the more obvious directorial choices do not take away from the fierce power in the developing partnership of Stevenson and McMillian. In a touching coda, their relationship moves far beyond counsel and client, transforming into a deeply spiritual connection that will continue to grow for decades, affecting more and more prisoners in need of a listening ear and fearless heart. Not every case that Stevenson encounters in the film or in real life are as clear-cut as that of McMillian’s, but there is no denying that the steady and expert work of Stevenson and all at the Equal Justice Initiative shines light where systems depend on shadows, makes noise where power depends on silence, and spreads hope where injustice depends on hopelessness.