Resistance can be screened on digital platforms and Cable VOD. See how to watch it at home here.

In November, 1938, Marcel (Jesse Eisenberg) is an aspiring Jewish actor doing Charlie Chaplin impersonations in a cabaret in Strasbourg, France. He is not politically active. But while trying to impress his love interest, Emma (Clemence Poesy), who is working with his cousin Georges (Geza Rohrig) and brother Alain (Felix Moati) at an orphanage set up for Jewish children, he discovers a new role for himself. At first he protests that he’s not good with children, but desperate times bring out the best in people, and Marcel discovers his gifts as a mime both entertain and comfort the children. 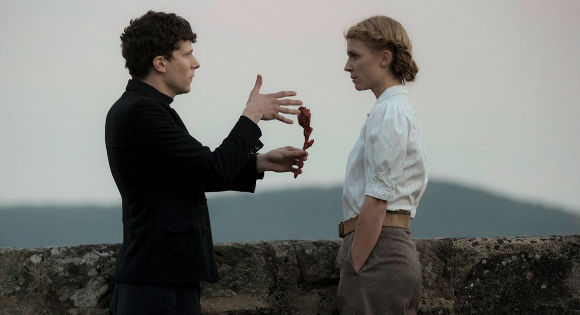 As the Nazi threat becomes more ominous, Marcel has to decide whether to resist them by fighting or by helping the orphans. The resistance leaders train the children on how to hide in trees. They continue Jewish rituals, such as the blowing of the shofar, to remind them that they are not alone. They then decide that the only way to save them is to get them over the Alps to Switzerland. This daring plan involves a train trip and a march through the snow-covered mountains. 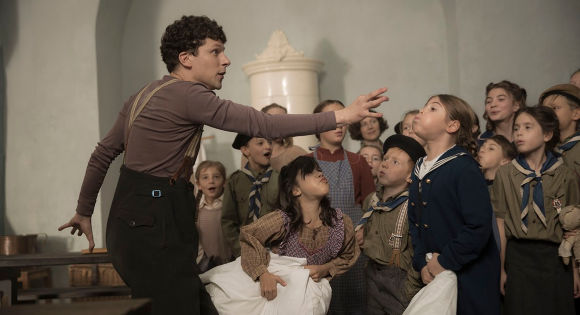 Resistance is based on the true story of a group of Girl and Boy Scouts who working with the French resistance created a network that saved some 10,000 Jewish orphans whose parents had been killed in the Holocaust. Among the leaders was Marcel Mangel, who would become the world-famous mime Marcel Marceau. 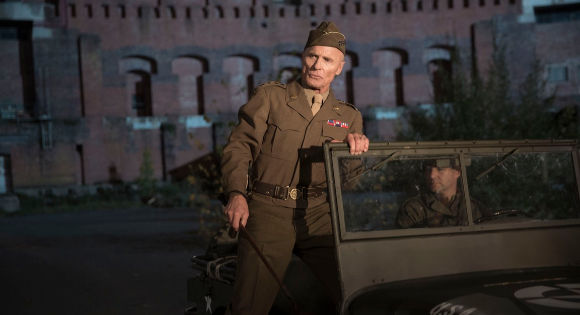 In a scene early in the movie, we flashforward to General George Patton (Ed Harris) addressing his troops in 1945: “Courage is no more than fear holding on a minute later,” he tells them. Courage is also, in Marcel’s case, recognizing that violent revenge is less important than saving lives. Resistance is about manifesting love, something this beloved mime did for all his life.