Here We Are: Notes for Living on Planet Earth

Directed by Philip Hunt
A wonder-filled animated film about the enchantments of the natural world seen through the eyes of a young boy.

Close your eyes and try to remember the last time you felt a bright and pure sense of wonder. What was the spark or the catalyst? Where were you and what were you doing? The practice of wonder is a deeply spiritual one that amplifies our attention to, engagement with, and gratitude for the variety, mysteries, and enchantments of everything on Earth from pebbles to plants to animals to seas to thunder and lightning.

Apple TV is streaming Here We Are: Notes for Living on Planet Earth, a new 36-minute family film based on illustrator and children's author Oliver Jeffers's New York Times bestselling picture book. This beautifully animated work revels in the complexity and glory of Earth as a complicated ecosystem and a home to billions of organisms and creatures. It also provides a workshop and a playground for questions posed by people of all ages. 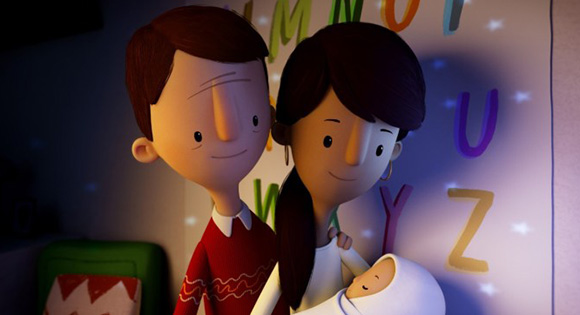 Here We Are is a short and sweet journey which begins as a proud urban couple (Chris O'Dowd, Ruth Negga) are welcoming their son as a new member of the Planet Earth community. His father takes the seven-day-old infant on a thankful initial tour of each room of their apartment. A few years later, their precocious son (Jacob Tremblay) is filled with queries about the world and its varied inhabitants from animals to human beings. He's also totally entranced with rockets and outer space. 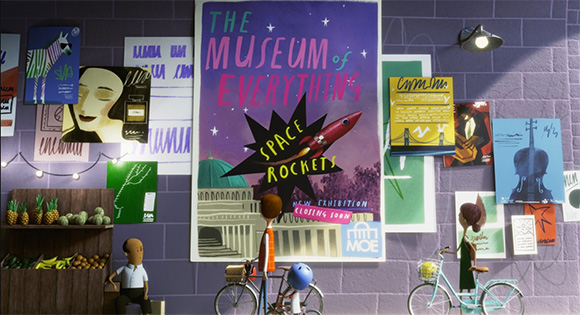 On Earth Day, the parents seek to enrich and expand their boy's experiences during an outing to the park, which even includes a playful session led by his mother identifying the shapes of clouds. But he is more interested in visiting a space exhibit at the Museum of Everything. But once there, he discovers other exhibits that open his eyes to the variety of creation and the remarkable workings of the human body and the natural world. Back outside, he sees his surroundings with new eyes. 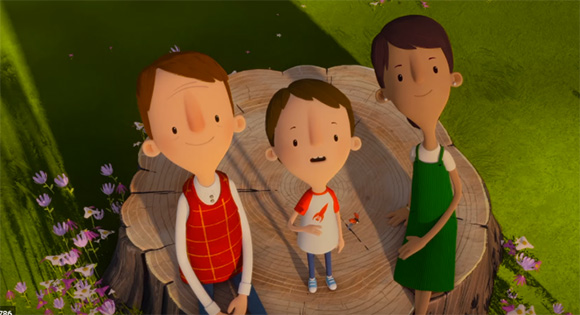 Jeffries's universally appealing tale is an abundantly rich and valuable tribute to Earth. It's a very appropriate tribute to the 50th Anniversary of Earth Day. It also challenges us to take very seriously our obligation to care for this place where we live and to lavish our reverence and kindness upon it as best and as often as we can. As the narrator, Meryl Streep, says, "Life on Earth is a wonderful thing. It looks big, but there are lots of us on here. We may all look different, but don't be fooled. We are all people, and we all share the Earth."