Martin Eden is showing through the Kino Lorber Virtual Theater.

Each of us is a work-in-progress. Some of us find our calling early in life with relative ease; others have a hard time discerning the path they are meant to take.

But perhaps we should not angst about this. "Do you know what you are?" Spanish cellist Pablo Casals once asked. "You are a marvel. You are unique. In all the world there is no other . . . exactly like you." The German mystic Meister Eckhart encouraged us to "Become aware of what is in you. Announce, pronounce it, produce it and give birth to it."

Martin Eden, a novel by American writer Jack London, was released more than 100 years ago. It revolves around a poor young working-class sailor who decides to become a writer. Now Italian director Pietro Marcello has adapted this energetic and immensely creative story, setting it in Naples rather than San Francisco. By shooting on 16mm, he is able to make the most out of archival footage and scenic intimations of French New Wave and classic Italian cinema styles. 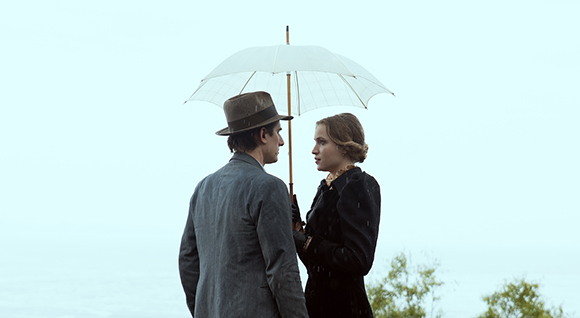 Marcello has also drawn out an astonishingly rich and robust performance from Luca Marinelli as Martin Eden who packs a strong punch in several brawls he's in; reveals such a love for books that he even savors their distinctive smells; demonstrates a distinctive don't-mess-with-me gait whenever he saunters down the street; and when the time is right, proves himself to be not only a gifted writer but also a vociferous critic of both socialism and individualism.

The first section of the film provides a rare and wondrous portrait of Martin's first encounter with Elena (Jessica Cressy), the stunningly beautiful daughter of snobbish aristocrats who immediately look down on him as an ignorant and uncultured working-class bore. It is a delight to watch him seek her counsel on his plans to self-educate himself. She is used to being adored and Martin meets that need by constantly praising her and hanging on her words. 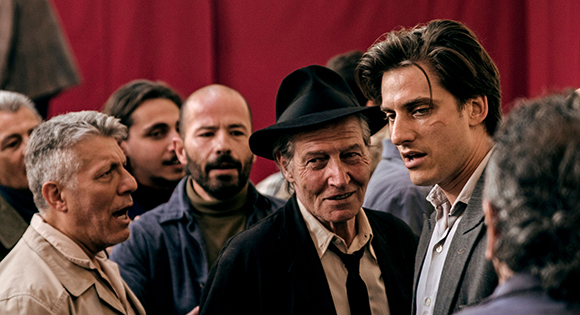 In his quest to become a successful writer, he finds two other individuals who want to help him shine: Maria (Carmen Pommella), who provides him with a place where he can write, and Russ Brissenden (Carlo Cecchi), a poet and philosopher who becomes a mentor with wise advice on relationships, power, and political wheeling and dealing.

Martin Eden is a lively film that models how we can see ourselves as totally unique.