Directed by Matias Mariani
A unique meditation on family obligations and immigration.

Shine Your Eyes is streaming on Netflix.

Five people are credited with co-writing the screenplay for Shine Your Eyes with director Matias Mariani, and the image of this chorus of contributors crafting one story makes the film’s exploration of one man’s search to find his own voice all the more compelling. With its mishmash of languages and personalities calling out amidst the labyrinthine streets of São Paulo, Brazil, and its gradual transition from realism to magical realism, Shine Your Eyes plays like an extended jazz improvisation. It’s impressionistic and inscrutable, discovering what it is as it goes along, increasingly comfortable with being immune to easy description. It’s also a singular cinematic experience that excavates the immigrant experience unlike anything else.

At the start, two Igbo boys face one another in 1988 Nigeria. The older Ikenna mesmerizes his younger brother Amadi with a strange game, the intense bond between them immediately obvious. Then the story flashes forward decades to modern-day Brazil. The adult Amadi (O.C. Ukeje) has arrived in São Paulo to find Ikenna (Chukwudi Iwuji), who immigrated years earlier and has now disappeared. From here, mystery piles upon mystery as Amadi tracks his big brother through an unfamiliar land, meanwhile learning that Ikenna might not be the smashing immigrant success story that his family believes he is. 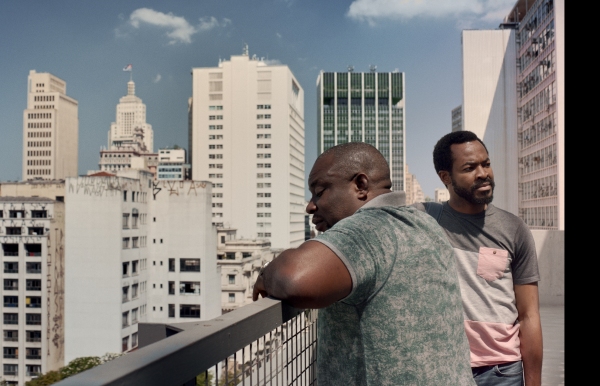 Amadi is a musician back home, his ear for music organic and keen, but he’s always lived in the shadow of math genius Ikenna, who is not only the eldest but also their mother’s most beloved son. It’s clear from the outset that Amadi has something to prove in Brazil, having promised to find Ikenna and bring further news of his accomplishments as a university statistics professor back to a family eager to celebrate his achievements.

But the more information Amadi unearths about Ikenna’s reality the less he believes in his brother’s honesty. The university where Ikenna says he works doesn’t actually exist; there are rumors that he was instead working on a complicated algorithm to aid gambling predictions; and further noise and nonsense compounds. Amadi encounters intriguing breadcrumbs from friends and one of Ikenna’s ex-lovers, Emilia (Indira Nascimento), but the closer he gets to discovering Ikenna’s whereabouts, the less he recognizes the man he is seeking. Still, even as Amadi fears his own disappointment, he remains committed to satisfying his mother’s desire to learn of Ikenna’s whereabouts. His regular little brother refrain is encapsulated in one devastatingly simple statement, "I'm doing what is expected of me." 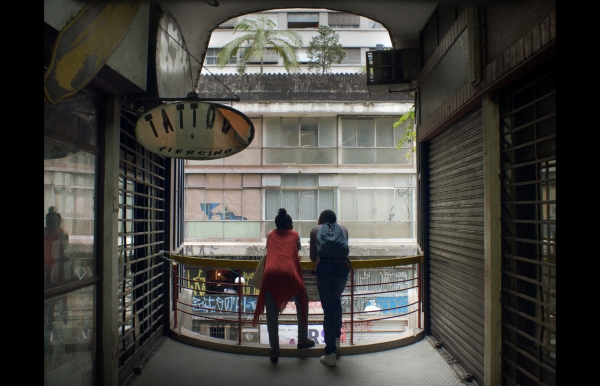 All along his perplexing São Paulo adventure, Amadi grows progressively self-assured. He might not know who his brother is anymore, but Amadi just might be discovering who he is himself, blazing a trail to who he might become. As facts about Ikenna’s time in Brazil coalesce, it becomes clear that even Ikenna’s homeland hero status hasn’t prepared him for the harsh reality of trying to make it in a foreign country. But by the time Amadi uncovers the full truth about Ikenna, he is almost past the need to know. He’s shed his own little brother complex and found unexpected power in a new home, a place where he can move out of the restrictive mold preordained by family obligations and reshape his own future.

The disorienting anxiety of the immigrant experience threads throughout the entirety of Shine Your Eyes. Amidst the close-knit connections of São Paulo’s African community, the sounds of Portuguese bumping up against English bumping up against Igbo, and the suspicious glances from the city’s other inhabitants that Amadi is forced to suffer, layers of unease, lack of opportunity, and impending indignities constantly threaten. Much more than a mere detective story, Shine Your Eyes ultimately succeeds as a parabolic tale of transformative hope. It’s a boldly enigmatic bildungsroman, showcasing one searching soul’s journey to leave the life that has penned him in for too long and step out into an unpredictable freedom he has never known.