Directed by Giuseppe Capotondi
A character-driven drama about the art world and the glamorous and deceptive people who inhabit it.

Meet James Figueras (Claes Bang), a smooth-talking, self-centered, and cocky art critic who enjoys explaining arcane paintings to the public in well-staged lectures. He revels in being known as an expert in the mysterious world of painters, patrons, and art collectors. Add to that the fact that he was once an artist in his own right.

Meet Bernice Hollis (Elizabeth Debicki), who strolls into Figueras' lecture; he cannot help but notice her elegance as she takes a seat at the back of the room. During their conversation afterwards, we know they will soon have sex and see where that takes them. She, after many questions, reveals that she's from a small town near Duluth, Minnesota. But is she really a schoolteacher whose affair with a married man ended badly and led her to Italy? 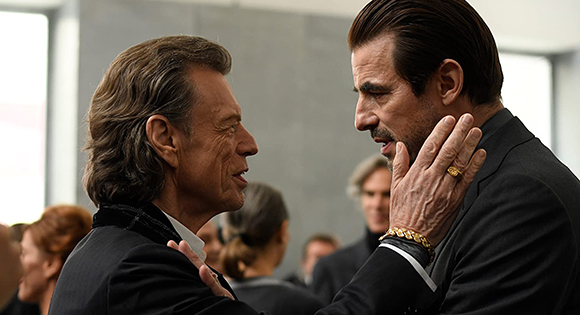 Joseph Cassidy (Mick Jagger), a wealthy art collector, has invited Figueras to a mansion where he lives surrounded by famous paintings from around the world. Bernice goes along for the ride. She's not there when Cassidy offers Figueras a chance to interview the artist Jerome Debney (Donald Sutherland) who lives in a house on his estate. In exchange for this access, Cassidy wants Figueras to steal one of the artist's paintings. It will be priceless since Debney has not sold or even exhibited his work for many years.

This elderly artist is fed up with the frivolities of celebrityhood and has gone into solitude. He does not like Figueras's raw ambition and in a private meeting with Bernice warns her that he is a dangerous man.
She quickly regards the idiosyncratic elder as a friend, and they talk about masks and truth telling. 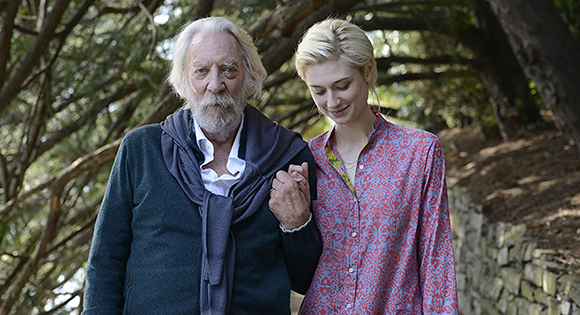 These four captivating characters were created by Charles Willeford and appeared in his 1971 crime novel. In this movie version directed by Giuseppe Capotondi, we are treated to portraits of four individuals who are glamorous, enigmatic, and unpredictable. The performances by the leads are dazzling as they circle around each other in hopes of taking home the different prizes they desire. The sophisticated screenplay by Scott B. Smith captures the charms and the deceptions of four individuals on separate quests which leads two of them into grave danger.