Directed by Michael Dweck, Gregory Kershaw
An absolutely charming cinematic romp with elders and their dogs hunting for a rare delicacy.

The Truffle Hunters is showing at the 58th New York Film Festival on October 5. Tickets for the virtual theater are here.

For many years, a handful of men, now in their seventies and eighties, along with their intrepid dogs have gone into the forests searching for truffles, rare exotic mushrooms known for their smell and flavor used in gourmet cooking. The white Alba truffle that grows in the rich soil of Northern Italy's Piedmont region is especially valuable; it cannot be cultivated and can only be found by hunters and their dogs.

Michael Dweck and Gregory Kershaw have hit the jack pot with this playful and richly humane documentary. With respect for elders that is missing in so many other contemporary films, they challenge us to listen closely to three dedicated truffle hunters who convey both their joy in the hunt and their love of their dogs. 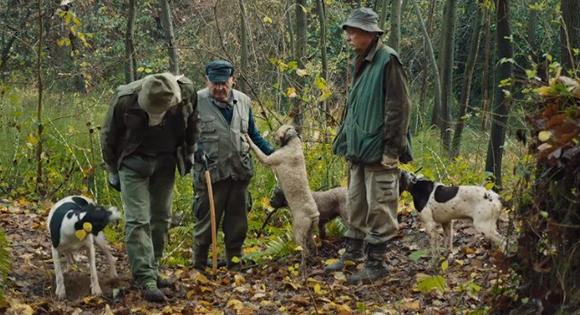 Despite the fact that 87-year-old Aurelio's doctor warns him to slow down, and his wife grows weary of calling him home when he is on the trail of a precious find at night, he refuses to listen to anyone else but his beloved dog. Another veteran who has given much of his time and energy to the quest for truffles has decided to stop now that greedy amateurs are overrunning the forests and even poisoning the dogs that give the elders an advantage. He angrily composes a letter to the authorities on his ancient Olivetti typewriter.

It was hard for us to keep track of all the delightful sequences in this documentary, but here are a few: 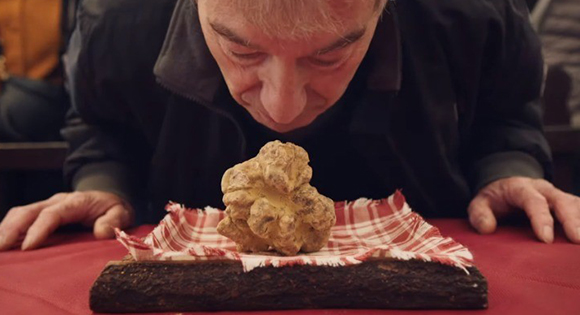 Dweck and Kershaw are clearly saddened by how much truffle hunting is changing under the pressures of crime, greed, climate change, and the different value system of the younger generations. We identify with these feelings and also salute them for the enchantment they have brought to this fascinating subject matter!