Directed by Ashley Avis
A splendid remake of the classic story about the value of truly partnering with a horse.

Black Beauty was written by Anna Sewell in 1877 as a fictional biography about the soulful, liberating and long-lasting bond between a lonely orphan and a stunningly beautiful wild horse. A children's classic, it has sold over 50 million copies and stands as a bold testimony against animal abuse. It has been adapted for the screen four times, including a 1994 version directed by Caroline Thompson.

This year's splendid remake is a genuine tear-jerker written, directed, and edited by Ashley Avis. The story of the triumphs and travails of this beautiful horse is unfurled by the warm-hearted narration by actress Kate Winslet as Black Beauty.

The film opens as Black Beauty and her mother are living free in the mountains with a herd of other mustangs. Her wise mother teaches her that "the spirit of a mustang can never be broken." One day the young horse's curiosity takes her to a highway where she is spotted by some cowboys. Soon afterwards, men on horses and helicopters chase the herd into holding pens. Some of them will be sold to be riding horses; others will be sent to a slaughterhouse. Luckily, Black Beauty is spotted by John Marly (Iain Glen), who works for a horse rescue organization. He takes the young mustang to their farm in Connecticut. 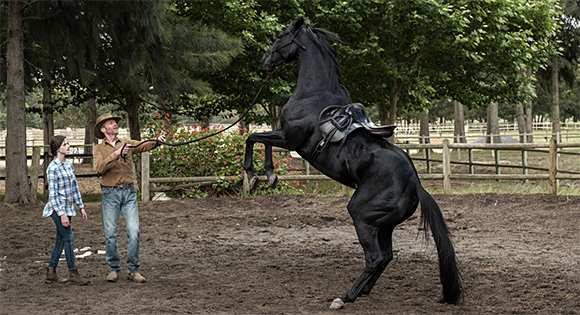 Marley reminds us of Tom Booker, the character played by Robert Redford in The Horse Whisperer. Like Booker,John is patient, centered, and calm. He moves slowly and lovingly as he tries to tame the energetic horse. Teaching a class on animal training, he advises that whenever a horse shows a sign of trusting you, you should say "thank you."

The same approach is also needed as he negotiates a relationship with his niece Jo (Mackenzie Foy) who has been sent to live with him after her parents were killed in a car crash. Deep in mourning, she refuses to give her uncle the time of day, but she is drawn to the black filly who also has lost her family. When John says he needs to "break" the horse, she counters that they should try to "partner" the horse. Before long, Black Beauty reports in the narration that "two beings had become one; we had found our peace."

When the rescue ranch has to close, Black Beauty is sold and, except for a period helping a kind man (Hakeem Kae-Kazim) doing search-and-rescue in the mountains, she is subjected to body and spirit breaking work, including pulling a carriage in New York's Central Park. Meanwhile, Jo goes on a long and exhausting search for her soulmate. 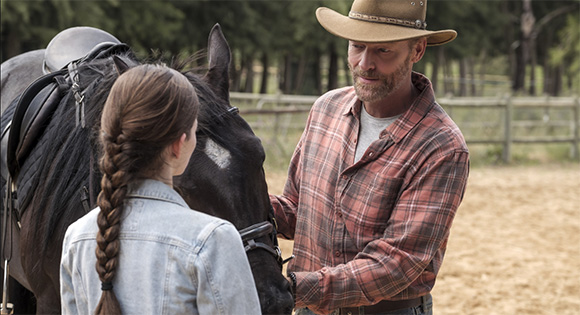 While many viewers of Black Beauty may carp and criticize the melodramatic elements of the film, triggered by the suffering endured by this extraordinary horse, keep in mind this statement by writer and director Ashley Avis upon the launching of a nonprofit called The Wild Beauty Foundation:

"I heard the crazy statistic the other day that only two percent of people in our country will actually be in the presence of a horse."

The movie Black Beauty may not be as good as being physically near a horse, but it comes pretty close by showing us what being a companion to such an animal can be like. For that reason alone, this film needs to be seen, felt, and taken to heart.