Directed by Pippa Ehrlich, James Reed
A documentary illustrating the spiritual practice of reverence by a diver observing an octopus for a year.

Many of us think of animals as our teachers, but more likely than not we are referring to our companion cats and dogs, maybe a parrot, or the geese flying in formation in the sky. But a common octopus seen while diving?

This is the unusual student/teacher relationship caught in the Netflix original documentary My Octopus Teacher. The student is Craig Foster, who narrates the film. He began following an octopus while he was free-diving in a kelp forest in False Bay in the Atlantic near Cape Town, South Africa. In this frigid water, he decides to dive with no oxygen tank and no wet suit, so that there is no barrier between him and the environment. Spotting an octopus one day, he senses there is something in this being that is unusual and that he could learn from her. As he returns day after day, the octopus begins to trust him and even touches his hand and settles on his chest. 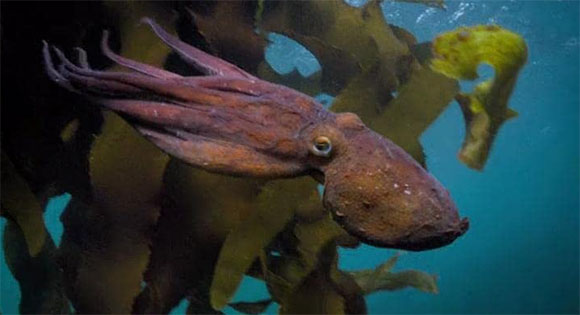 Octopus behavior turns out to be endlessly fascinating. She moves around by jetting, swimming, and walking. She changes color and shape-shifts. She plays with some fish. She demonstrates incredible creativity. For example, to hide from predators, she covers herself with a mound of shells. To escape a pyjama shark, she climbs on its back, out of sight and out of reach. When, unfortunately, another shark bites off one of her arms, she retreats to her den and regrows the arm in 100 days.

Foster reads up on octopuses and discovers that she will only live for a year, long enough to mate and produce babies. There is a bittersweetness to his narration at this point, as he realizes that she will sacrifice her life for her young, and she will be then gone from his life. 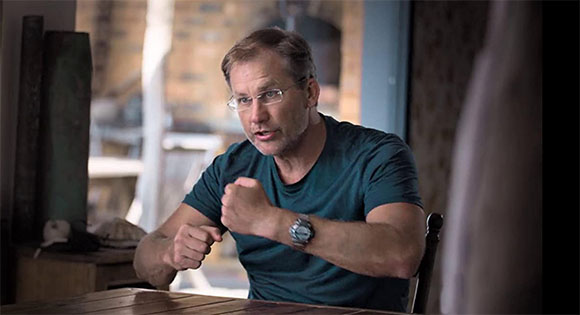 And the lessons? There are many not only for Foster but also for his teenage son, who both realize just how precious wild places are, how important it is to care for all animals, even the tiny and unusual ones, and "to sense how vulnerable these animals' lives are and actually, then, how vulnerable all our lives on this planet are." Foster concludes: "I fell in love with the amazing wildness she represents and how that changed me. . . . She taught me to feel that you are a part of this place, not a visitor"

This is what we call the spiritual practice of reverence. It is the path of radical respect -- Foster demonstrates this in all his observations and also as he resists trying to protect the octopus and interfere in the course of nature. And reverence is the path of awe, beautifully expressed when Foster admits to being struck by the "pure magnificence of her." We certainly were, and we predict you will be too.