It’s astonishing that Alexander Nanau’s Collective exists at all. This intimately observational documentary is a gripping true-life account of the brazen deceptions and backroom dealings embedded in Romania’s healthcare system. With every distressing twist, it becomes more and more obvious that those who have been misusing their power for years are fully capable of silencing any voices who might dare to expose their transgressions. Despite this threat, Collective serves as a brave antidote to the rampant rot that it depicts, becoming a cry for collective repentance and restoration that shines a stark spotlight on a country in crisis. It’s a bleak portrait, but the heroism of all who have risked their lives and reputations to bring this story to the attention of the world is cause for celebration.

These reluctant heroes and Romania’s history were changed forever on October 30, 2015, when a fire broke out at the Bucharest nightclub Colectiv, instantly killing 27 people and injuring dozens more. In the weeks following the incident, another 38 of the injured died in state-run hospitals. This double-phased tragedy was enough to get family members and loved ones of the deceased asking questions, and that’s only the beginning of the story. It’s an understatement to say that many if not all of these deaths were preventable. Collective aims to lift up the lives lost by smoking out the secrets, exhuming the fatal malfeasance, and laying them bare for all to see.

After opening with upsetting, scream-filled footage from the night itself, Nanau picks up with a team from Romanian sports periodical Gazeta Sportutilor, led by editor-in-chief Cătălin Tolontan, who starts to ask even more probing questions. Soon, they are on the trail of unfathomable government corruption and hospital mismanagement, their faces more unmoving and their spirits more unstoppable with each new revelation. Those 38 victims who died in hospital care had bacterial infections that should have been treatable, but Tolontan’s team discovers that the disinfectants used to treat their wounds have been intensely diluted for years by its manufacturer Hexi Pharma, causing immeasurable harm in the name of cutting costs. 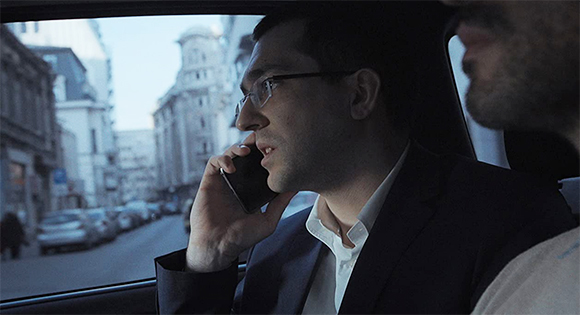 This is just the first of many explosions that rock Romania as more and more inside information is unveiled. Dan Condrea, the CEO of Hexi Pharma, is only the first of several powerful personalities revealed to be in on the deadly dealings. Patriciu Achimas-Cadariu, Romania’s Minister of Health, is soon out of a job and his replacement, the young and earnest Vlad Voiculescu, shows himself eager to investigate in ways that will rock the carefully kept connections that appear to infect all of Romania’s systems. Surprisingly, Voiculescu invites Nanau to document his own controversial excavation of his government’s cover-ups and another deep layer is added to Collective’s unsparing probe.

The growing cooperation and collaboration between Nanau and his subjects becomes an inspiring force and Nanau’s camera agilely captures the mounting tension from all angles. Thankfully, Collective also leaves space for calmer reflection on the experiences of those who have been left most scarred in the wake of this drama. The increasingly urgent investigation of the Gazeta Sportutilor team and Voiculescu’s acrobatics from within the government are juxtaposed with footage of those whose lives have been forever changed by their proximity to the fire, most affectingly the gentle, near silent artistic rehabilitation of survivor Tedy Ursuleanu, who allows herself and her wounds to be photographed for an exhibition as she quietly uses her own healing process to attempt to bring healing to others. Her presence gives soulful balance to the hectic happenings around her and keeps the haunting image of human lives lost and forever damaged at the forefront of the laser-focused investigators’ feverish work. 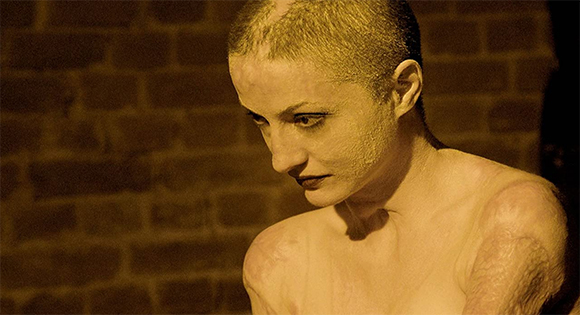 In the end, the most potent spiritual strength of Collective is that it offers no triumphant climax to sow manufactured hope. In fact, it leaves many questions unanswered and many dismaying developments unaddressed. That’s because Collective is not about catharsis; it’s about dark truths and the ordinary people who do extraordinary things in order to drag those truths into the light. But a fragile, authentic hope takes root in the mere fact of Collective’s existence. The undeniable fact that this testament was co-created through sheer force of will, the undeniable fact that it is now giving voice to a long-delayed revolution, and the undeniable fact that it is uncovering more and more work that must be done should be enough to prompt the powerful to change their ways and for all citizens to make sure that that change happens, not only in Romania, but in every shadowy corner where profit is so often prioritized over people.