Directed by David Oyelowo
A powerful fable for all ages about a spiritual quest for hope in the face of difficult changes and life's mysteries.

While The Water Man is certainly packed with plenty of close calls and suspense, its most prevalent scares are existential. It’s a fairy tale deeply grounded in the nitty gritty threat of loss. It’s a fable that suggests that magic might in fact always be available to us, just perhaps not in the forms we expect. It’s about life and death, despair and hope, the past and the future, and how both sometimes keep us from breathing into the present. Working with Emma Needell’s imaginative script, first-time director David Oyelowo has honed a film to be mined on multiple levels, inviting young viewers to thrill at the 80s throwback adventuresomeness and older viewers to ask difficult but necessary questions about what we do with the time we’ve got with the people we love.

Sensitive middle schooler Gunner Boone (Lonnie Chavis) is a loner, devouring research books for his solitary art projects in his room and quietly exploring the nooks and crannies (and cemeteries) of the sleepy Oregon town to which his family has recently moved. Gunner’s obsession with getting lost, whether it be in his own creations or in the expanse of the woods that surround him, is prompted by a distressing development at home. His loving mother (Rosario Dawson) is suffering from cancer and his distant father (Oyelowo) has just returned from being stationed abroad and can’t quite connect with his son. 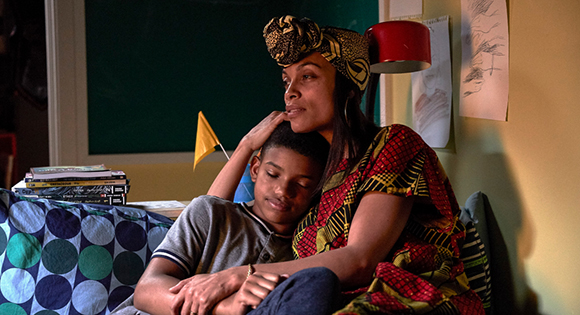 Gunner sees his mother’s death quickly approaching and while desperately researching leukemia, he stumbles upon the local legend of the Water Man, a woods-dwelling creature who supposedly has the power to resurrect the dead. His imagination is further piqued by grizzled academic and staunch believer Jim (Alfred Molina) and sassy, street smart pre-teen Jo (Amiah Miller), both of whom claim to have connections to the story of the Water Man. Before too long, Gunner is heading into the woods carrying only a backpack and his father’s samurai sword and offering Jo his life savings to lead him to the storied being whom he is convinced can save his mother’s life.

The Water Man is unapologetically rooted in the familiar fantastical and philosophical feel of films like E.T.: The Extra-Terrestrial, and as in those powerful coming-of-age classics, the quest on which Gunner and Jo embark turns out to be far more about self discovery than any mythical spectre. Even as a wildfire threatens to engulf them, as hordes of insects fall from branches to scare the living daylights out of them, and as they get closer to where they are sure the Water Man dwells, the real fears facing this duo are about growing up, accepting change, telling the truth, and embodying hope. Both heroes have secrets that they are either keeping from themselves or from one another, and before they can get back home, these shadows must be uncovered, understood, and embraced. 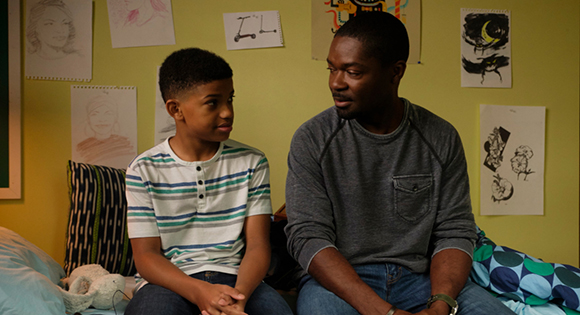 The most lasting gifts of The Water Man are its refusal to settle for easy sentimentality or overstimulation and its insistence on allowing simply profound themes to enter the hearts of its audience with subtlety. This is storytelling that trusts viewers to meet it exactly where they are, to carefully explore uncomfortable mystery, and to take home layers of meaning that address some of our most abiding human questions: Can we live forever? Do we want to live forever? And if we can’t live forever, how do we still live in hope? Many centuries-old scriptures have held frightened people together when everything around them threatens to fall apart. Like them, The Water Man is a sacred text to be explored by the young and old in community, inspiring the light of collective conversation to draw us out from beneath the shadows of our fears and suggest honest ways forward that don’t deny death, but instead offer us co-creative ways to endure and even enjoy the journey while we’re here.