Directed by Roy Andersson
A tutorial on the spiritual practice of attention.

In our article on how to find spirituality in films, which shows how all the practices in the Alphabet of Spiritual Literacy are illustrated on the screen, we write this about the practice of attention:

"Buddha says everything comes down to one thing — staying awake. The film experience — a darkened room, eyes focused on a screen, few distractions — supports the practice of attention, but it still doesn't come naturally. You have to consciously notice what is happening on the screen so that in the rush of images you don't miss a clue or an epiphany. Many movies will be big events with spectacular special effects and soaring soundtracks where the signs are obvious. Others will be little slice-of-life pictures where God is in the details. Some will feature characters that have a gift for attention revealed in the way they observe the world around them. Attention is a spiritual quality you bring to the film as well as one you may find demonstrated in the story."

About Endlessness is a veritable tutorial in the spiritual practice of attention. Swedish director Roy Andersson has created an immensely creative and thought-provoking 76-minute film consisting of 32 slice-of-life observations, and many invite us to look for similar moments as we go about our days. The director also uses a distinctive color palette in constructing each scene, and that encourages us to look deeply at the details.

The film opens with a dreamlike image of a man and woman flying over a war-ravished city. It mirrors Marc Chagall's Over the Town, although the painter's image is more colorful and the couple seems happier. Andersson's flying couple is followed by a scene of another couple sitting on a bench staring at a gloomy sky.

The rest of Andersson's vignettes present men and women in mostly ordinary situations, with the exception of a few evoking historical scenes, including Hitler in his bunker and a march of prisoners of war. There are simple, humble images of doubt, loss, sadness, isolation, and connection. Watching them, you can't help but wonder if you been as attentive as the unseen woman narrator who begins each vignette with the phrase: "I saw . . . "

Andersson's previous film A Pigeon Sat on a Branch Reflecting on Existence also revealed his interest in life's ordinariness and its surprises. An interviewer once asked him, "What do you think is the meaning of life?" and his reply was "It is to live. It's only to live." The challenge is to stay awake enough to notice how you and those around you are living.

Andersson calls the brief scenes in this film "a collection of stories and situations that never end" -- thus the title. We found ourselves not only paying attention to whatever the narrator describes in her one-liners but also to the set design and cinematography. Take any scene and observe the color coordination. A beige dress matches the tile on the floor; the browns on a post and a bench in a railway station matches the plaid cover of a suitcase. You'll notice a variety of shades of blue and grey and brown, an occasional bit of orange in a scarf or hair, a rare glimpse of red. Just looking at how the colors in a scene work together is itself a chance to practice attention. 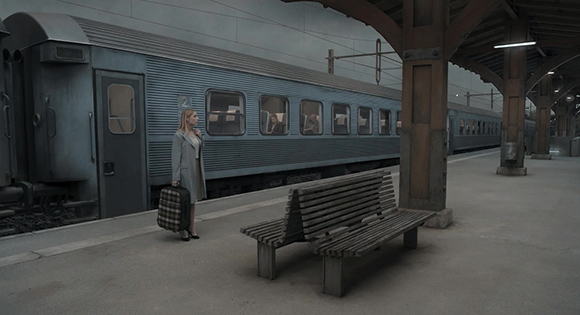 For us, images often lead to thoughts which lead us to quotes. So our practice of attention with About Endlessness did not end with seeing what we were given to observe. Here are some of our musings on different vignettes.

A man reports that an old classmate didn't reply to his greeting because he had hurt that man years earlier and he had not forgotten.
"That's what happens when you're angry at people. You make them part of your life." (Garrison Keillor)

I saw a man who did not trust banks and so he kept his savings in his mattress.
"Habits are cobwebs at first, cables at last." (Chinese proverb)

A priest goes to a psychiatrist and admits he is losing his faith in the existence of God. The doctor replies that this is not a pleasant situation to be in given his profession. The man asks, "If God doesn't exist, what is there to believe in?" The doctor answers, "Maybe content with being alive."
"We work with what we have. We take what joy we can." (Larry Rosenberg)

I saw a man who had lost his legs and it made him very sad.
"A sad soul can kill you quicker, far quicker than a germ." (John Steinbeck) 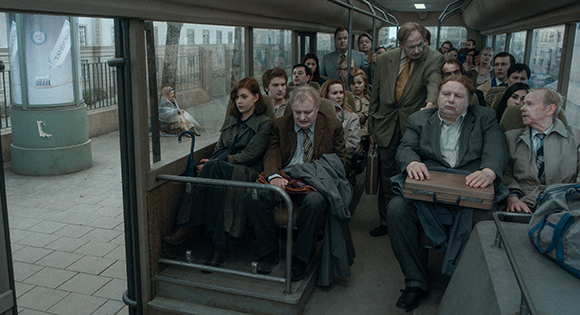 A group of people are on a train waiting for it to leave the station. One man is crying. He says: "I don't know what I want." Another complains about his crying. One man responds to that: "What? You're not allowed to be sad anymore?"
"Bless all who walk with someone who suffers." (Joyce Rupp)

A grandmother takes pictures of her son holding his baby up and down in the air.
"Joy is what happens when we allow ourselves to recognize how good things really are." (Marianne Williamson)

A couple are tending the grave of their son. They talk to him: " We're making the plot look nice for you, Tommy. You should know that. We're always making it look nice. So you don't have to be embarrassed. We're thinking of you, every day."
"Grief dares us to love once more." (Terry Tempest Williams)

I saw a woman who thought no one was waiting for her.
"The patience for waiting is possible the greatest wisdom of all." (M. J. Ryan)

I saw a man begging for his life.
"Not to aid one in distress is to kill them in your heart." (African proverb)

Three girls dance in front of the diners at an outdoor restaurant.
"We dance for pleasure and for the good of the city." (Zuni saying)

The priest comes back to a psychiatrist's office. "What should I do now that I have lost my faith?" The secretary tells him the office is closing and the doctor needs to catch his bus. They push the priest out the door.
"No answer is an answer." (Danish proverb) 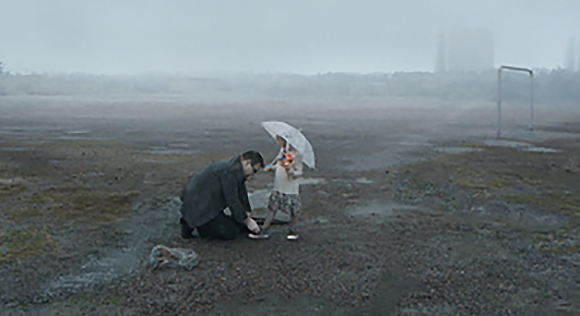 I saw a man with his daughter on their way to a birthday party. And it rained. It rained a lot.
"The way I see it, if you want the rainbow, you gotta put up with the rain." (Dolly Parton)

We invite you to practice attention with About Endlessness. Start with the moment itself; when have you made a similar observation? What have you seen today? Pay attention to the filmmaker's construction of the scene; how does it touch your senses; what emotions does it evoke? Pay attention to the meanings that come to you as you observe each situation. This is the spiritual practice of attention.