East of the Mountains

Directed by S. J. Chiro
A deeply rich and tender-hearted drama about an elder's experience of compassion.

"The purpose of life is to serve and to show compassion and the will to help others. Only then have we become true human beings."
-- Albert Schweitzer quoted in Faces of Compassion by Taigen Daniel Leighton

Ben Givens (Tom Skerritt) is an elderly man who lives alone with his faithful dog Rex. He is still grieving the recent death of his wife. Although his daughter (Mira Sorvino) is concerned about his love of solitude, she is unable to convince him to move in with her.

Ben has recently been diagnosed with a terminal cancer and as a former heart surgeon, he knows the pain and suffering of a prolonged death. So without a word about his plans to anyone, he heads off on a last pilgrimage into the mountainous wilderness of Eastern Washington where he grew up. 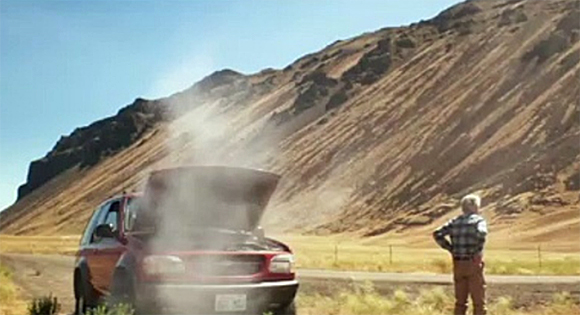 When his car breaks down in a dry stretch of land, he is rescued by a friendly couple whose affection for each other brings to mind memories of his romancing of his wife. Ben again reaps the benefits of strangers when Rex is attacked by the ferocious dog of a coyote hunter. He kills the aggressive dog, earning the enmity of its owner, who steals his rifle. With every ounce of his strength and some assist from the kindness of a stranger, he manages to get Rex to town where Dr. Anita Gonzalez (Annie Gonzalez), a talented young vet, nurses him back to life.

"Just as a flame passes
from candle to candle
may mindful compassion
so purely infuse my life
that I can pass it
to all I touch."
-- Jean Smith in Now!

East of the Mountains is a deeply rich and touching drama about compassion as the finest expression of our relationship to self and to others. It grounds us and guides us in both sunshine and in shadows.

S. J. Chiro directs the spiritual quest of a retired heart surgeon as he opens his heart in life-changing encounters with relatives and strangers. 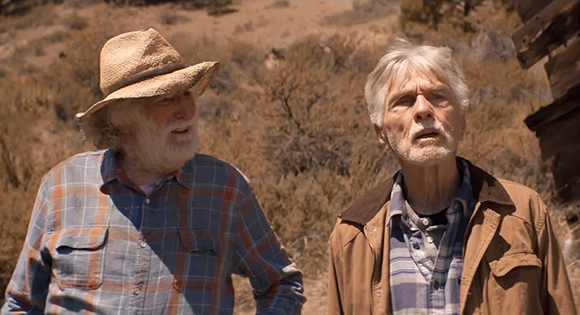 The film has been adapted for the screen by David Guterson and Thane Swigart from Guterson's 1973 bestselling novel. Through flashbacks and through the important use of a rifle which has become a sacred object, we see how compassion can bring healing and light to all those who accept the interdependence of everything.