Directed by Maria Schrader
A spunky sci-fi dramedy that asks some good questions about what humans want in relationships and if AI beings should have rights.

Alma (Maren Eggert) is a no-nonsense German archaeologist working in a museum in Berlin. She has no boyfriend and devotes most of her time to her work. But to please her boss (Falilou Seek) and hopefully unleash some funding for her research, she agrees to participate in an unusual project. She will spend three weeks with a handsome and polite man and submit a report on her experiences. 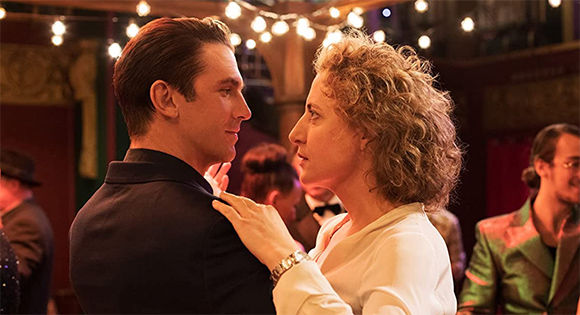 The difficult dimension of this project is that Tom (Dan Stevens) is a robot who has been programmed to be everything she wants in a partner -- or at least what 93% of German women say they want. While he tries to win her over (tidying up her apartment, arranging her books by jacket color, preparing a bath with rose petals), she is not all that impressed. He knows a lot of facts; he quotes her favorite poet Rilke; but he comes up short in the emotional language field. One of his compliments is "Your eyes are like two mountain lakes I could sink into."

Over time, Alma begins to enjoy Tom's charm and intellect, but then she criticizes herself for forgetting he's just a machine and not really a romantic partner. Still, with him she is not so lonely; she is even happy. And is there anything wrong with that? Yet, if you can interact with a perfect partner, would you ever want to date mere humans? 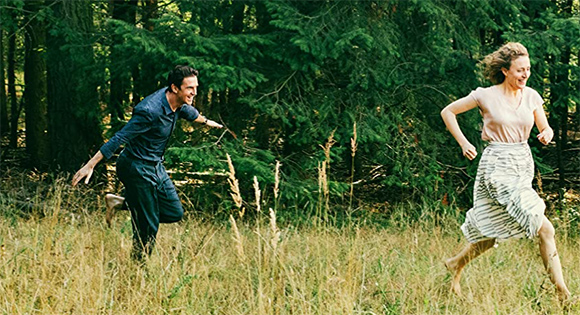 I'm Your Man is a spunky science fiction dramady directed by Maria Schrader and co-written with Jan Schomburg based on a short story by Emma Braslavsy. We learn at the beginning that Alma's boss wants her assessment of Tom to determine whether sentient robots should be given drivers' licenses and passports and be allowed to marry. Should they have human rights? After you watch Tom and Alma's relationship develop, you'll be asking the same question.

Film: Lars and the Real Girl