Directed by Tracey Deer
An indigenous girl's coming of age as a warrior protecting tribal lands.

Tekehentahkhwa (Kiawentiio) is a Mohawk middle schooler in Oka, Quebec, Canada, where she is called "Beans." She is a serious teenager who has been offered a chance to leave the reserve and attend an elite private school. She hopes to eventually become a doctor or lawyer. 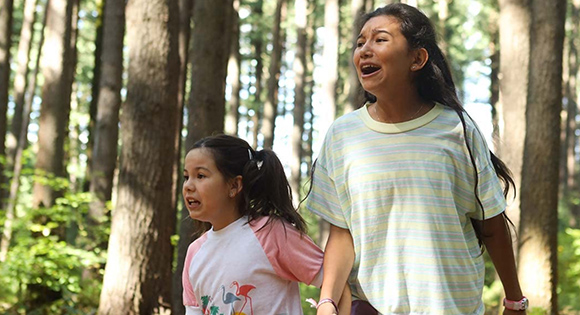 Beans is a loving big sister to her constant sidekick, Ruby (Violah Beauvais), as they play in the woods and carefully avoid the rough and tough kids of their neighborhood, especially April (Paulina Alexis). But their family life is set on a course of racial tension, violence, and personal upset when the Mohawk residents of Oka, Quebec, begin a protest after developers make plans to expand a golf course over a Native burial ground.

The nonviolent protest quickly escalates. The First Nationers block a bridge, thus upsetting the morning commute of the whites. In turn, the community is cut off from access to everything from jobs to groceries. When Bean's father (Joel Montgrand) takes a gun to the protest, her mother (Ranbow Dickerson) warns him: "You make sure this doesn't turn into cowboys and Indians." 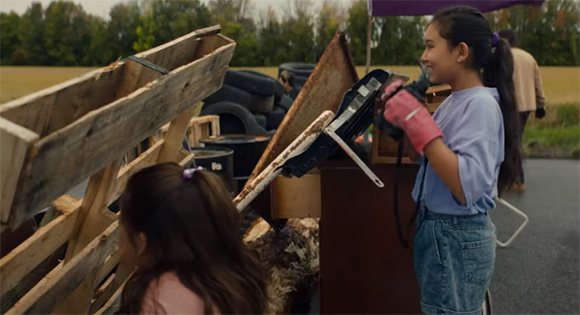 Beans is the first fictional film directed by documentarian Tracey Deer, and she vividly conveys the impact of the real 78-day Oka crisis in 1990. In this story, we see how early experiences with protest can catalyze changes in young people. With all the tension created by the clashes between the police and the Mohawks, after she and women in the community are not allowed to buy groceries in a store on the other side of the bridge, after rocks are thrown by whites at the family car, Beans decides that she needs to be tougher. She turns to April who teaches her how to fight and eventually pushes her toward rage and a determination to stand up for her people. For this straight-arrow teenager, coming of age means becoming a warrior.