Summer of Soul (...Or, When the Revolution Could Not Be Televised)

The fact that the footage of 1969’s Harlem Cultural Festival that makes up the bulk of Summer of Soul languished for so long outside of the public eye is an injustice. The fact that first-time filmmaker Ahmir “Questlove” Thompson has now brought it all brilliantly into the light makes him not only a documentarian but a revolutionary. The stunning 1969 performances themselves are worth the price of admission, but they grow even more transcendent when spliced together with delightful talking head interviews and haunting historical context. The result is both archival and activating, showcasing a past cultural moment while pushing audiences to pour new energy into the present and the future.

Dubbed “the Black Woodstock” by Hal Tulchin, the man who rolled cameras as the event unfurled, the moving parts of the Harlem Cultural Festival represent a movement that is far more than what that nickname might suggest. The brainchild of event organizer Tony Lawrence, attended by thousands, and boasting a lineup of essential artists, it was and remains an overwhelming example of co-creative, faith-fueled community organizing. There are abundant shots of the crowd accompanying the footage of the performers, but these attendees never seem as if they are simply onlookers. They instead look like they are simultaneously at church, at a rally, and at a club, showing how intersectional true spiritual experience can be, pulling in elements from all three sacred spaces and crafting something that can’t exist without all of the ingredients. 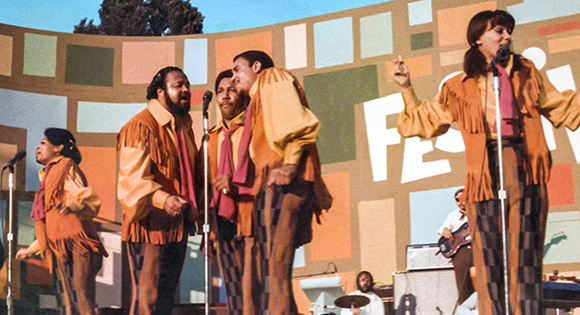 And, in turn, the performers deliver a combination of a service, a protest, and a show. Though good showings are to be expected from names like Nina Simone, Stevie Wonder, The Fifth Dimension, Sly and the Family Stone, and Gladys Knight and the Pips, the performances in Summer of Soul reach greater heights than could be expected. Whether or not these are the best technical performances that these stars have achieved is hardly the matter; these aren’t just performances, they’re incantactions, invocations, and explosions of unshakeable inspiration.

Though there are countless high points, the centerpiece of the performance footage is an impromptu “Precious Lord, Take My Hand” duet between a weary Mahalia Jackson and a fresh-faced Mavis Staples. This collaboration would have been a wow moment even if just performed well but these two vital voices combine to craft something almost otherworldly, something that truly must be experienced to be understood. 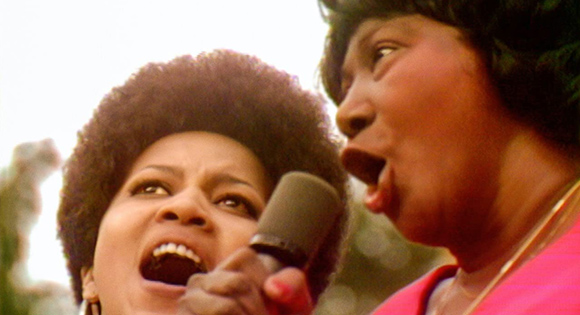 The interviews and accompanying contextual footage add both levity and gravity to the proceedings. Hindsight reflections from performers and audience members show the human hearts and souls at the center of the excitement while accompanying snapshots of what was occurring in the world outside Harlem’s Mount Morris Park keep the happening firmly planted in the bending moral arc of the universe.

Together, these aspects make Summer of Soul a truly prophetic offering, not simply a chronicle, not merely a concert film, but something wholly different and beautifully holy. It’s a passion project that not only unearths and restores a long-hidden piece of history; it might also contain enough restorative breath to unearth a collective liberative spirit that is in need of regular resurrection.