Bring Your Own Brigade

Directed by Lucy Walker
An examination of two California megafires and what we can learn from them about forest management.

Lucy Walker is the writer, director, and producer of this riveting and enlightening documentary about two of the deadliest and most devastating wildfires in California's history. With great detail and open-mindedness, she looks at the causes and consequences of these megafires that destroyed neighborhoods and everything else in their paths.

One started in Malibu, a beach town of 12,000 which runs for 21 miles along California's southern coastline. The other began on the same day -- November 8, 2018 -- in Paradise, a community of about 25,000 people nestled amidst a densely forested area of Northern California. This town's median property value was $223,400 in contrast to Malibu where the average home was priced at $2 million. Both areas at opposite ends of the state have a history of destructive fires. Also distressing is the fact that these kinds of catastrophic fires are happening all over the world. 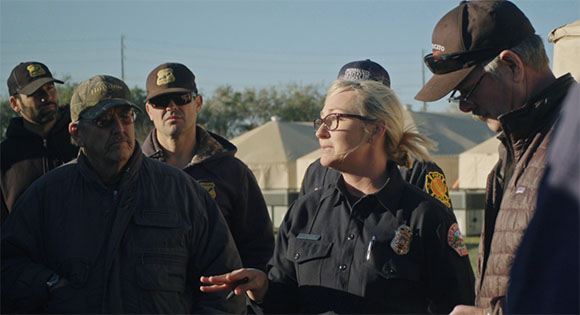 Walker and her crew were on the ground when the nightmare began. They filmed dramatic rides with a fire battalion in Southern California, monitored cell phone and 911 calls during both infernos, and then interviewed the survivors, including firefighters, scientists, activists, and community members. The residents talk about their determination to rebuild both their homes and their lives.

The scientists discuss some of the factors contributing to the quick spread of the fires, including current approaches to forest management driven by corporate growth. Activists note that there are some simple steps that could be taken to prevent or at least mitigate the effects of wildfires. History reveals that Los Angeles bay was named the Bay of Smokes by a Spanish explorer in the 16th century because the native people were using controlled fires to manage the forests. 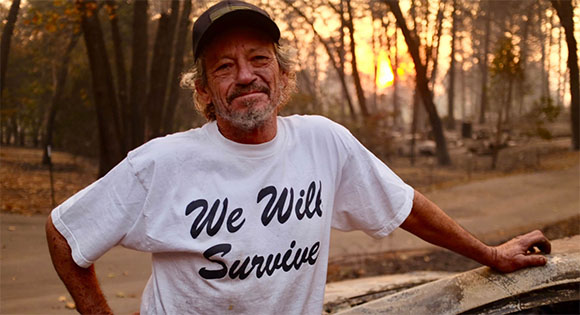 Aggravating the current reality, of course, is climate change. Viewers should leave this film reflecting on the persistent question: Are we willing to bring our hearts and energy -- our own brigades -- to deal with this urgent problem?