The Tragedy of Macbeth

Directed by Joel Coen
An eerily affecting adaptation of a Shakespearean classic.

The shadows that haunt the compromised souls at the center of Shakespeare’s classic tale of ambition run amok take on literal form in Joel Coen’s strikingly crisp black-and-white distillation of The Tragedy of Macbeth. Throughout every austere scene, the lines are as sharp as blades, the angles as disorienting as madness itself. This is adaptation as an act of whetting, every cut paring the story down to its barest essentials so its raw power pierces the heart and enters the bloodstream pure and undiluted.

The basics are all here. Macbeth (Denzel Washington) is a Scottish general who falls under the spell of a witchy trio (all astonishingly embodied by Kathryn Hunter) whose prophetic visions reveal to him that he is to become King of Scotland. Urged by the warped support of his partner Lady Macbeth (Frances McDormand), the soldier murders King Duncan (Brendan Gleason) and ascends to the throne, only to succumb to a brain-addling guilt that takes over his home, his marriage, his country, and eventually leads to a bloody eruption of paranoia and power. 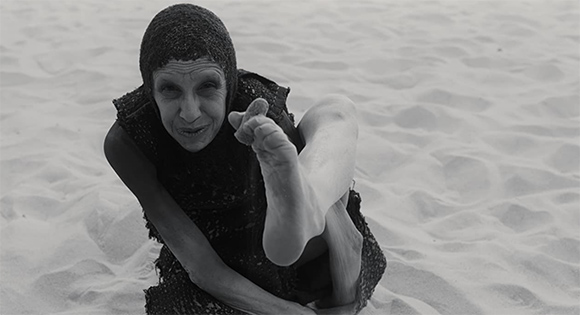 What sets Coen’s version apart from other productions of this extremely familiar fare are the details. This Macbeth and Lady are a bit older than they are usually played, which offers an unnerving depth to their desperation and underlines their sinister machinations with a surprising, sinking feeling: this murder might be the worst of their crimes but it’s also probably just the next checkmate move in a lifetime of corrupt collaboration.

Coen has also pumped up the role of Ross (Alex Hassell), who is a relatively minor character in the original script but who is here a sort of omnipresent, active witness, both serving as the audience’s moral lens on the unseemly proceedings and pursuing his own agenda to restore a certain order to the chaos caused by our villains’ unchecked ambition. 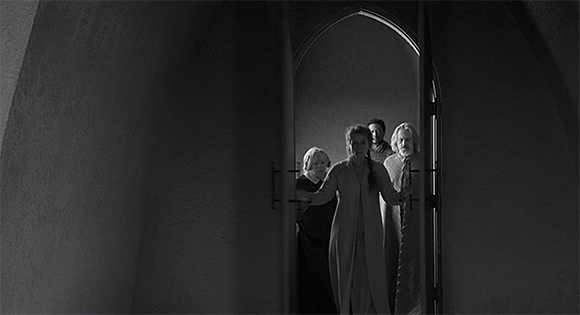 Any adequate adaptation of Macbeth showcases the slippery slope that connects angry ego to immobilizing insanity. The words themselves are often just that dynamic on their own. But free of the typical trappings and the overwrought length that weigh down many other versions of this drama, this bare bones reworking makes the mania of the Macbeths feel at once both epic and intimate, both familiar and foreign, both fateful and driven by fear-filled free will. Such contradictions yank the audience into a new understanding: The Macbeths may be histrionic, but they are also wholly human. Though their maneuvering might mostly feel miles away from our own realities, we are all actually always mere steps away from embodying our own versions of their jealousy, greed, sense of scarcity, and addiction to power. The ends they meet might be outlandish, but they mirror even the most mundane evils that threaten to engulf us in our self-obsessed moments. 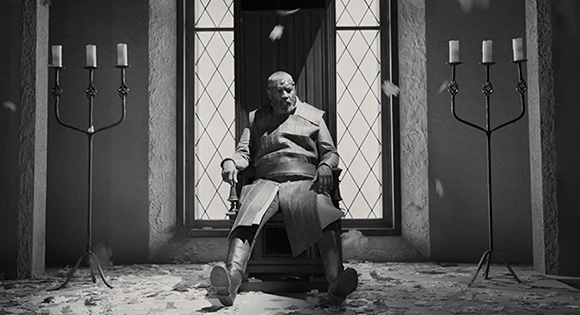 By peeling away the elaborate layers of safe distance and equivocation that often keep viewers from seeing themselves reflected within the cracks of creaky costume dramas, The Tragedy of Macbeth yanks its story and its audience into the unavoidable now. It gives life to the skeletons that inhabit all of our closets, points to the two paths we all always have in front of us – that of self-preserving injustice and that of collectively liberating justice – and leaves it to us to make our choice. Real life might not always feel so starkly black and white, but this unblunted take on a well-worn tale invites fresh dredging of all shades of gray.