See How They Run

Directed by Tom George
A whodunit with plenty of suspense where the focus is on the funny interactions of the detectives.

See How They Run is a whodunit film about a real murder on the stage where The Mousetrap by Agatha Christie is being performed. The early death of an American director (Adrien Brody) brings to the scene a laid-back detective (Sam Rockwell) who believes in taking his time on a case, and his rookie assistant (Saoirse Ronan) who jumps easily to conclusions about the killer. It is a lark watching these two interact.
\ 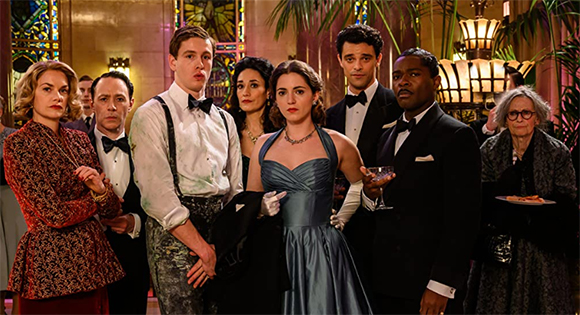 They make the most of their investigation of potential suspects including a screenplay writer (David Oyekowo), a sensitive actor (Harris Dickinson), and a theatre owner (Ruth Wilson).

This spiffy comedy comes at just the right cultural moment. Obviously the viewing public doesn’t agree with that line from the film; they seem to have an endless appetite for murder mysteries on television and in movie theatres. Keep your eyes and senses alert, and you might spot the killer like any veteran watcher of Acorn TV and PBS’s Masterpiece Mystery stories.

Murder on the Orient Express

Death on the Nile