Directed by Lila Neugebauer
Story of two wounded people who harvest a friendship out of pain and trauma.

“Friendship asks and wants, hollows and fills, ages with us and we through it, cradles us, finally, like family. It is ecology and mystery
and language, all three.”
-Beth Kephart in Into the Tangle of Friendship

Interest in post-traumatic stress disorder (PTSD) has been growing since the 1970s when thousands of severely traumatized veterans returned from the Vietnam War and then from service in Iraq and Afghanistan. Trauma-related symptoms were also tracked in other populations including rape and assault victims, individuals suffering from the fallout of natural disasters, and those witnessing the terrorist attacks of September 11.

The nature of PTSD and the dilemma of ruptured identity causes many physical, cognitive, emotional, and behavioral symptoms including nightmares, intrusive thoughts, agitation, depression, panic attacks, restlessness, and memory lapses. 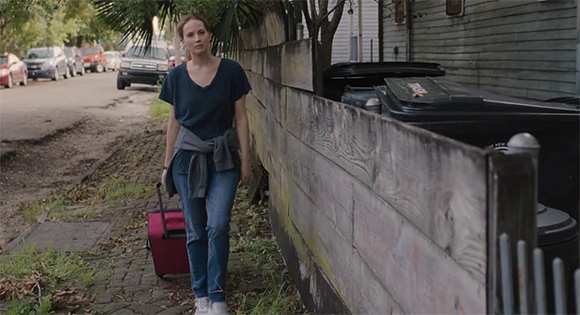 Lynsey (Jennifer Lawrence) is an engineer for the U.S. Corps of Engineers who has returned to her hometown of New Orleans after surviving a traumatic brain injury in Afghanistan. She has undergone intensive physical and mental therapy sessions with a patient health aide (Jayne Houdyshell). Lynsey’s doctor (Stephen McKinley Henderson) is shocked when this self-confident soldier tells him that she wants to redeploy instead of returning to her “normal” life. She needs him to sign a paper saying she is ready. 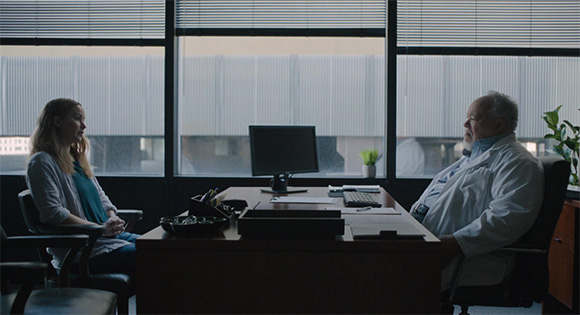 Anxious about the future and uncomfortable living with her emotionally chilly mother (Linda Emond), Lynsey lands a job cleaning pools. When her truck breaks down, James (Brian Tyree Henry) a kind-hearted African-American who runs an auto-repair shop, befriends her. Like her, he is a shy and lonely soul. He lost a leg in a car accident and feels guilty about causing the death of someone he loved.

In her directing debut, Lila Neugebauer has fashioned an emotionally rich character-driven drama that reveals the dark side of PTSD and the complications of homecoming. As she demonstrated in her breakthrough film Winter’s Bone, Jennifer Lawrence proves herself to be a gifted actress playing a woman who is able to harvest friendship out of pain and trauma. The unfolding relationship between Lynsey and James is a marvel to behold. Its authenticity is reinforced by the fact that it develops out of their sharing the stories of their lives.