Directed by Spike Lee
A disturbing film about the racial, gender, class, and social tensions in urban America.

Here is a disturbing film about the racial, gender, class, and social tensions in urban America. The ambitious and ever-controversial Spike Lee sets before our eyes a cast of characters and situations that illustrate the divisiveness of a society enslaved to fear, bigotry, misunderstanding, envy, and despair. Love, family life, work, and religion are all ravaged by this divisiveness.

When Flipper (Wesley Snipes), an African-American architect in a white firm, has an affair with Angie (Annabella Sciorra), an Italian-American secretary from Bensonhurst, the fallout from their liaison is devastating. Flipper's light-skinned black wife Drew (Lonette McKee), a buyer at Bloomingdale's, kicks him out of their previously happy home. She and a group of black women friends get together for a heated discussion in which they lament the fact that so many of their men betray them for white women.

When Flipper takes Angie to his parents' home for dinner, his father (Ossie Davis), a defrocked Baptist minister, calls her a "whoremonger." Angie's racist father brutally beats her when he learns about the interracial affair. Her brothers are worse; bigotry has turned them into vicious monsters.

The cards are so stacked against Flipper and Angie that their relationship has little chance to flourish. When Flipper's two white bosses refuse his request to be made a partner in the firm, the powerlessness he feels as a middle-class black is mirrored in the humiliation his crack-addicted brother Gator (Samuel L. Jackson) feels whenever he confronts his judgmental father.

Divisions and hostilities abound elsewhere in the life of Angie's friend Paulie (John Turturro). He is dominated by his racist and sexist father (Anthony Quinn) and shamed by his bigoted buddies when Angie leaves him. Paulie takes an interest in a black teacher (Tyra Ferrell) who frequents his candy store, and he too risks ostracism from his peers.

Jungle Fever is a prophetic film that sheds light upon the troubled soulscape of America. More than anything else, the twin demons of fear and hate have caused the divisiveness in relationships and communities in urban America. Spike Lee doesn't have an answer that will heal these divisions, but then neither does anyone else. 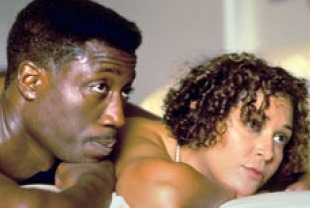 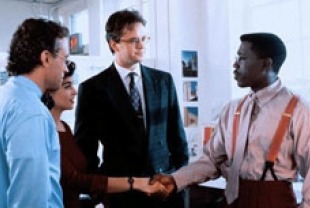 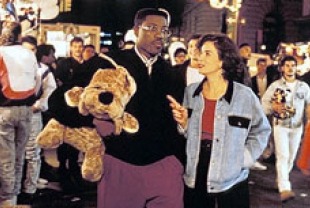