Directed by Steven Spielberg
A rousing adventure story, a romantic comedy, and an affecting afterlife fantasy.

In an article in Lear's, novelist John Updike wrote, "I would define spirituality as the shadow of light humanity casts as it moves through the darkness of everything that can be explained. I think of Buddha's smile and Einstein's halo of hair. I think of birthday parties. I think of common politeness and the quixotic impulse to imagine what someone else is feeling."

Always, directed by Steven Spielberg, offers a rich lore of ideas and ideals that could be put under the umbrella of spirituality — the concept of life as mission, mentoring, love, and letting go. A remake of the 1943 movie A Guy Named Joe, the film is at once a rousing adventure story, a romantic comedy, and an affecting afterlife fantasy.

Richard Dreyfuss stars as Pete, a daredevil pilot who fights forest fires. Holly Hunter is his lover Dorinda, a dispatcher. After he dies saving the life of his best friend (John Goodman), Pete becomes a guardian angel. His mission, assigned by an otherworldly spirit named Hap (Audrey Hepburn), is to pass on his considerable flying skills to a younger pilot (Brad Johnson). Later, his mission is expanded to include persuading Dorinda to carry on without him. "Anything you do for yourself," Hap tells him, "is a waste of spirit." But his task seems very difficult when Pete realizes that his protégé is in love with Dorinda.

Always is an uplifting movie that goes straight to the heart. If you liked Heaven Can Wait, you'll definitely love Steven Spielberg's creation. 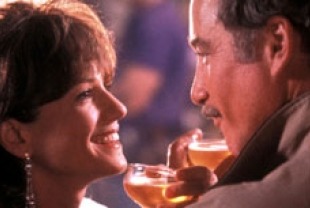 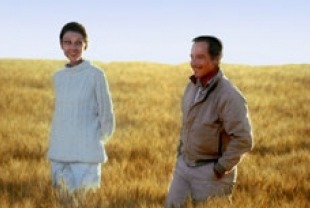 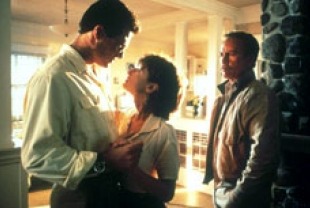