A. I. Artificial Intelligence

Directed by Steven Spielberg
A complex, elusive, spellbinding, and visionary film that tutors us in the spiritual practice of ensouling the world of things in the name of love and through the faculty of our imagination.

Spiritually literate Christians relish everyday objects as tools that can be used in service of God. Jewish mystics teach that every created thing contains sparks of the divine. Hindus take great pleasure in ordinary objects as manifestations of Brahman. And Sufis find the fingerprints of the Beloved on everything. As the poet Rumi put it: "Know O my son that each thing in the universe is a vessel full to the brim with wisdom and beauty."

Despite these attitudes from the world's spiritual traditions, most of us still have a difficult time loving, honoring, and caring for things — our cars, computers, chairs, coffee pots, or cell phones. We take them for granted, curse at them when they don't meet our expectations, and assume that we do not have any responsibilities to what we bring into our homes and workplaces. But as created objects and technology assume greater and greater roles in our lives, we would be wise to establish an I-Thou relationship with these companions. When we cherish and respect our things, they reciprocate.

A.I. Artificial Intelligence is a complex, elusive, spellbinding, and visionary film that tutors us in the spiritual practice of ensouling the world of things in the name of love and through the faculty of our imagination. Written and directed by Steven Spielberg, it boldly affirms a mysterious and beneficent interface between human beings and machines. The film also develops numerous other themes important to our age: the power of story to convey the miracle of transformation, the universal quest of the individual to be cherished and respected for his/her unique qualities, and the important role the Sacred Feminine plays in nurturing the best that is within us.

This inventive blend of science fiction and fairy tale is based on a 1969 short story by Brian Aldiss, "Supertoys Last All Summer Long," and a screen story by Ian Watson. The film version was in development by Stanley Kubrick for twenty years. Spielberg, who had discussed the project with the director, took it over after his death. Although many critics are sure to emphasize the pitfalls of mixing Spielberg's sentimentality with Kubrick's cerebral misanthropy, we'd rather point out the film's treasure trove of surprises including a virtual wizard, a lost city under the sea, a lock of hair, the poetry of William Butler Yeats, the alluring music of John Williams, the dazzling cinematography of Janusc Kaminski, and the phantasmagoric special effects of Stan Winston. Here is a masterwork to see again and again to savor all of its marvels.

We learn in the opening narration by Ben Kingsley that the Earth in the future is much changed. The polar ice cap has melted and drowned most of the coastlines. Millions have died, and robots or mechanical beings — mechas — have been created to assist humans. Professor Hobby (William Hurt), a scientific genius working for Cybertronics Manufacturing, has developed a cybertronic boy programmed with a capacity to love and to dream. When one member of the development team wonders whether its human owner will have a responsibility to love the mecha in return, Hobby dismisses the question with the comment that in the beginning God created Adam to love him.

Henry Swinton (Sam Robards), who works for the company, and his wife Monica (Frances O'Connor) are chosen as the ideal home to try out the boy prototype. Their son Martin (Jake Thomas) has been in a deep freeze for five years awaiting a cure for his life-threatening disease. When David (Haley Joel Osment) first appears in their upscale suburban home, Henry and Monica are taken aback by how normal and lifelike he looks. But this robot child doesn't need to eat or sleep and he never throws a temper tantrum. Monica slowly draws closer to David and decides to "imprint the protocol" on him with seven words. He responds by calling her "Mommy" and giving her unconditional love.

This mother-son dance is interrupted when Martin is restored to life and begins a campaign to sabotage David in the eyes of his parents. The robot child is mesmerized when Monica reads them the story of Pinocchio about the puppet who yearns to become a real boy. That becomes David's deepest desire as well.

After an accident at a pool party, Henry becomes convinced that David may do harm to Martin. Monica reluctantly agrees to give him up. Rather than return him to Cybertronics, where she knows he will be destroyed, she leaves him in the woods along with Teddy (voiced by Jack Angel), an intelligent computerized toy bear that can talk words of homespun wisdom. This scene goes straight to the heart as we pause to consider all the pets, cars, and toys abandoned in the countryside by unloving and uncaring human beings.

Throughout these parts of the film, Haley Joel Osment's nuanced and sensitive performance vividly conveys the inner life of the mecha boy. We can easily recognize his looks of curiosity, inquiry, confusion, and fear. Our affections are also drawn to little Teddy, the stand-in for all the toys we anthropomorphized in our childhood.

The second section of the film centers on David's quest to find the Blue Fairy who in the Pinocchio story transformed the puppet into a human being. He's convinced that if he were a real boy, Monica would love him in return and he could go home.

On the road, our mechanical hero meets Gigolo Joe (Jude Law), a spunky lover robot designed to give women pleasure as they have never known it from a man. They meet during a very haunting scene as a group of damaged mechas scavenge in a pile of junk for their missing body parts. Eventually they are all rounded up by bounty hunters and herded into cages at a "Flesh Fair" devoted to "demolishing artificiality." As the mechas are hurled through the air, doused with acid, or destroyed in some other grotesque way, we are reminded of sadistic spectacles throughout history that have attracted people acting out their feelings of fear, hubris, and power. This very Kubrickesque sequence reveals the hatred the humans harbor for the robots and technological creations. Gigolo Joe cuts to the nub of their animosity when he tells David, "They made us too smart, too quick, and too many. We're suffering for the mistakes they made." .

David and Joe manage to escape the destruction heaped on the other mechas when the crowd thinks that David looks too much like a boy to be a robot. Joe suggests they go to Rouge City where they can ask a wizard called Dr. Know (voiced by Robin Williams) about the Blue Fairy. They learn she can be found at the "end of the world," which turns out to be Manhattan, now half-submerged in water. At the Pinocchio display under the water at Coney Island, David finally comes upon her. With childlike faith and devotion, he asks her to make him into a true human being. The scene is a remarkable mirror of devotion to what in a very real sense is an image of the Sacred Feminine.

No one who pays deep attention to A.I. will ever be able again to simply view human-created things and technology as inert, lifeless, and soulless objects. In a myriad of ways, Spielberg and company remind us that "things have their within," as Pierre Teilhard de Chardin once put it. They are, like David and Teddy, spiritual teachers who yearn to be hallowed and loved for their uniqueness.

Our responsibility and our challenge — today and in the future — is to befriend the objects of the material world as carriers and reflections of Spirit. Spielberg, as he did before in his classic E.T., enables us to learn from his unusual characters by encouraging us to empathize with them. We ensoul things when we can feel what they might feel and have compassion for their situation. Be open to the wonders of A.I., and you'll deeply understand an impulse expressed by Frank O'Hara. Writing about the sculpture of David Smith, he admitted: "The best of the current sculptures didn't make me feel I wanted to have one. They made me feel I wanted to be one." 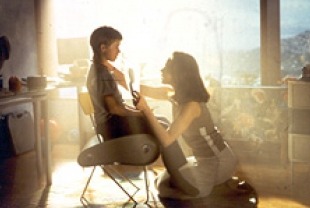 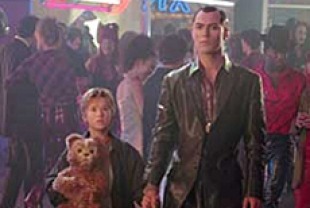