Directed by Majid Majidi
A soul-stirring Iranian film depicting the alchemical process whereby an enemy can be transformed into a loved one.

After the 1979 Soviet invasion of Afghanistan, over 1.4 million Afghans fled to Iran seeking sanctuary and work. In this extraordinarily spiritual drama by Majid Majidi (Children of Heaven, The Color of Paradise), the plight of these refugees is vividly portrayed. They are strangers in a strange land forced to make do in dire circumstances after the loss of everything near and dear to them.

Memar (Mohammad Amir Naji) employs a large number of Afghans on a construction site. This raises the ire of many Iranians including Latif (Hossein Abedini), a quick-tempered youth. After an Afghan worker is injured, Soltan (Hossein Mahjoub Abbas Rahimi), a family friend, arrives with the man’s son Rahmat (Zahra Bahrami). Memar gives this youth Latif’s job of serving tea to the construction workers. He responds by smashing up the tearoom and even dumping water on Rahmat when he arrives for work.

However, all this anger and jealousy is turned to compassion when Latif discovers that Rahmat is actually a woman in disguise. The boy immediately becomes her protector on the site and even lands in jail after defending her when she’s grabbed by two government inspectors.

Memar is forced to let all the Afghan workers go. Latif takes some time off, tracks down Soltan, and learns that Rahmat is working near a river with other women hauling heavy rocks. Trying desperately to save her, Latif hands over his salary to Soltan with the request that it be given to her father. But Soltan keeps the money for his own return journey to war-torn Afghanistan.

The Dalai Lama has written: “Don’t you go letting life harden your heart . . . we can let the circumstances of our lives harden us so that we become increasingly resentful and afraid, or we can let them soften us and make us kinder. We always have the choice.” Latif makes the second choice. In his single-minded efforts to protect and clear a path of freedom for his beloved he is also imitating Jesus. Baran depicts the alchemical process whereby a perceived enemy can be transformed into a loved one. Latif’s final act of selflessness will take your breath away, showing just what the heart can do in a milieu where poverty, loss, and dehumanization reign. 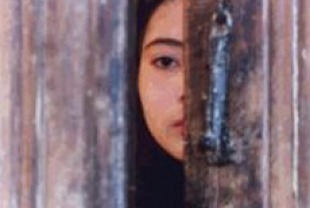 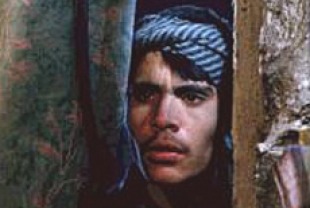