Directed by Steven Spielberg
Explores the mystery of goodness in this astonishing drama of a scoundrel's amazing acts of bravery and selflessness.

Next to the Holocaust Museum on the western outskirts of Jerusalem is an avenue of trees. Each tree commemorates a Gentile who risked his or her life to save Jews during World War II. The medal identifying each "Righteous Gentile" contains a Talmudic inscription: "Whoever saves a single soul it is as if he saved the whole world."

Schindler's List tells the true story of Oskar Schindler, a German Catholic factory owner whose heroic efforts rescued over 1100 Jews from certain death in the gas chambers. Although he has a tree on the Avenue of the Righteous, he was not your picture-book hero or your idealistic saint.

In 1939, seeing a chance to make big money off the Nazi war machine, Oskar Schindler, played by Liam Neeson, purchases a Crakow factory to produce kitchen equipment. He enlists the help of Itzhak Stern, a Jew played by Ben Kingsley, to serve as his accountant and right-hand man. He pays the local Nazi organization for the services of Jews from the Crakow ghetto. Schindler then wines and dines Nazi officials to obtain lucrative contracts for the German army.

This wheeler-dealer is an avid hedonist with a huge capacity for food, liquor, and luxury. To feed this appetite, Schindler uses bribery and black marketeering to get what he wants. Although married, he has many mistresses to keep his mind off the war.

After helping to liquidate the Jewish ghetto, S.S. officer Amon Goeth takes over a forced labor camp near Schindler's factory. The two men have much in common. They both love the trappings of the good life and they're both gamblers. Seeing that Goeth can be useful to him, Schindler befriends this fiend who enjoys randomly shooting Jews from his porch with a rifle.

As the war winds down in 1944, the Nazis begin sending all Jews to the death camps. Schindler comes up with a plan to save 1100 of his workers by shipping them to a munitions factory he has set up in Moravia. The 800 men on his list go first but through an error, 300 women and children are directed to Auschwitz. At great personal risk, Schindler goes to the death camp and rescues them. He claims that they all, including the children, are indispensable skilled workers. Once "his" Jews are safe, Schindler makes sure that the munitions factory produces inferior products, in effect, never contributing to the war effort.

Steven Spielberg directs this riveting black-and-white screen adaptation of Thomas Keneally's award-winning 1982 book. The triumph of Schindler's List is that it refuses to offer easy or quick explanations for this scoundrel's magnificent acts of bravery and selflessness. We probably will never know why Schindler put his life and his wealth on the line for these Jews, but he did.

Can a scoundrel do saintly things? Yes. Goodness has its mysterious depths, and it rarely conforms to our expectations. Schindler found an island of safety for 1100 Jews in a tempestuous sea of slaughter. For the more than 6,000 descendants of the Jews on Schindler's list, this is all they really need to know. 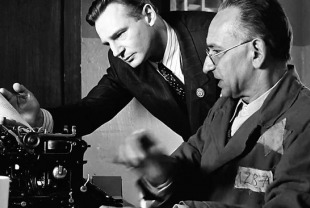 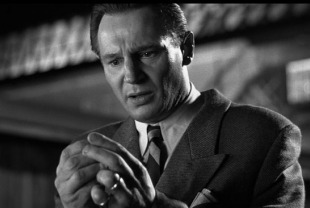