Directed by Mira Nair
Challenges us to add more respect and tolerance to America's cultural stew of many colors.

Mississippi Masala is about Demetrius (Denzel Washington), an African American owner of a carpet cleaning business in a small Southern town who falls in love with Mina (Sarita Choudhury), an Indian woman originally from Kenya. Despite the melting pot image of America, the love affair between these two draws out the anger of their two communities and the whites in town. Nobody, it seems, approves of this unusual mix — or as the film title implies, this Mississippi masala. But despite all the roadblocks put in their path, they find a way to be togther.

This romantic film directed by Mira Nair has a serious message. We need to add more respect and tolerance to America's cultural stew of many colors. This couple has the right recipe for the future — love that is color blind. 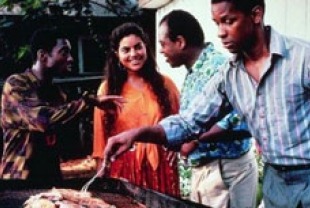 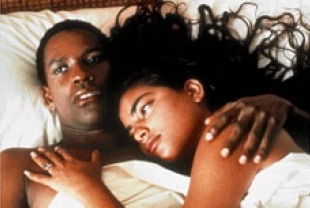