Directed by Amy Heckerling
A snappy and clever film about a privileged Beverly Hills teenager.

Clueless is a snappy and clever film about a privileged Beverly Hills teenager. Cher (Alicia Silverstone in a sprightly performance) is a motherless 15 year old who lives with her workaholic father (Dan Hedaya).

Bored with "the overwhelming sense of ickiness" that comes with attending Bronson Alcott High School, she and her friend Dionne (Stacey Dash) — both named after great singers — take on the challenge of helping a "clueless" transfer student (Brittany Murphy) learn the ropes of moving in their elite circle.

Although her stepbrother (Paul Rudd) views Cher as an airhead, she turns the tables on him and everyone else. Her "makeover" of soul is something to really cheer about! Director Amy Heckerling, who was at the helm of the 1982 Fast Times at Ridgemont High, keeps this youth flick humming with humor and unexpected delights.

Special features include: The Class of '95 — a look at the cast, then and now; Creative Writing — writer/director Amy Heckerling talks about creating the world of Clueless; Fashion 101 — how the filmmakers invented the trendsetting fashions that defined the movie; Language Arts — director and cast give the 411 on the groundbreaking slang and vocabulary used in the movie; stories from the cast and crew on the making of the movie; and 2 theatrical trailers. 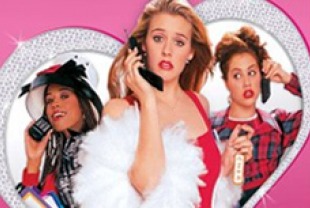 PG-13 - sex related dialogue, some teen use of alcohol and drugs