Directed by Roland Joffe
Set in eighteenth-century South America where Jesuit missions are threatened by the pragmatic needs of their religious order, the predatory racism of European settlers, and the political pressures from the colonial power.

This is a powerful, compelling, and spiritually stirring film directed by Roland Joffe (The Killing Fields) and written by Robert Bolt (A Man For All Seasons). Filmed entirely on location in Colombia, South America, The Mission won the Golden Palm (Best Film) Award at the 1986 Cannes Film Festival.

In 1750 in the rain forest of central South America, Guarani Indians tie a Jesuit priest to a tree, push this crucifix into the river rapids, and watch it plunge over the majestic Iguazu waterfalls. Soon Father Gabriel (Jeremy Irons), another Jesuit, arrives to carry on the work of the martyred priest. After scaling the cliffs beside the falls, he takes out an oboe and begins to play. Indians emerge from the dense jungle and surround him. Through the music, however, they recognize him as a man of peace and take him into their midst.

Meanwhile, in the town of Asuncion below the falls, European settlers have built a plantation economy on slaves supplied by mercenaries like Rodrigo Mendoza (Robert De Niro). During a raid for Indians above the falls, Mendoza encounters Gabriel and learns that the Jesuits are building a mission there.

Months later, Mendoza and Gabriel meet again. In a fit of jealous anger over losing his mistress, Mendoza has killed his brother, and he has sunk into a deep depression. Gabriel challenges him to have the courage to live and to choose a penance for his crime. When the priest, Fielding (Liam Neeson), and other Jesuits next climb the cliffs by Iguazu Falls, Mendoza is with them, dragging behind him a sack filled with his armor and sword. At the mission, the Guarani people, whom he had once persecuted, welcome him into their community. Eventually, Mendoza takes vows to become a member of the Jesuit order.

The work of the mission, however, is threatened by political developments. The Spanish and Portuguese crowns have signed a treaty that transfers the territory where the missions are located from Spanish to Portuguese jurisdiction. Altamirano (Ray McAnally), an emissary from the Pope in Rome, arrives to decide whether the missions will remain under the protection of the Church.

At a public hearing, Altamirano listens as Gabriel asserts that the Guarani Indians are naturally spiritual people. Without the missions, they will have no protection from slavery, which is legal in Portuguese territory. The colonists, including Don Cabeza (Chuck Low), representing Spanish interests, and Hontar (Ronald Pickup), representing the Portuguese, protest that the Church must submit to political realities.

Altamirano postpones his decision until he can visit the Jesuit settlements. At the large mission of San Miguel, he is impressed by the economic prosperity and the equal distribution of the wealth to all members of the community. In the workshops and the large adobe church, he marvels at the craftsmanship of the artisans and the musical genius evident in the Indians' orchestras and choirs. But he also recognizes that the missions pose an economic threat to the European plantations. Traveling to Gabriel's remote mission of San Carlos, Altamirano is deeply moved by the simple lifestyle and remarkable faith of the Guarani.

Nevertheless, Altamirano tells the Indians that they must leave San Carlos. He orders the priests to accept the transfer of the mission territories. In private, he explains to Gabriel that the future of the Jesuit order in Europe depends upon their not resisting the political authorities in South America.

The Guarani, unmoved by political arguments and unable to understand what Altamirano says is the will of God, decide to defend their home. Mendoza, encouraged by an Indian boy (Bercelio Moya) who has become his closest friend, renounces his vow of obedience as a Jesuit and chooses to fight alongside them.

Gabriel will not abandon his congregation but cannot take up arms. As European troops close in on the mission, he assembles the women and children as a choir in front of the church. When their singing does not stop the attack, Gabriel leads a procession into a hail of bullets armed only with the sacraments and the cross.

The Mission depicts the challenge of conscience that confronts us all in a world convulsed by power, greed, and violence. Its power lies in the way it convinces us that the fierce conflict-ridden world we see on the screen is similar to the one in which we live today. At the same time, The Mission is a deeply moving film that reminds us of the vitality of love, the miracle of grace, and the transforming power of acts of conscience.

This two-disc special edition DVD contains a full-length commentary by director Roland Joffe; film highlights from the cast, director, and writer; and the theatrical trailer. There is also a bonus documentary, Omnibus, which visits the film's location and looks at the besieged tribal people, the Waunana Indians, who live there and who portrayed the Guarani in the film. 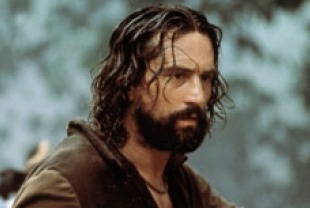 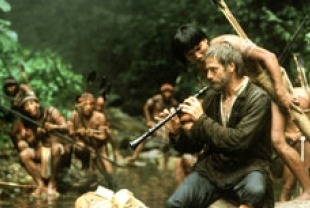 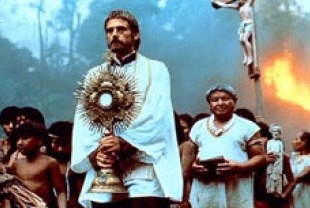