Directed by Norman Jewison
A well-acted and soul-stirring drama about miracles and the clash between reason and faith.

A newborn infant is found dead in a wastebasket in the room of Sister Agnes (Meg Tilly), a young cloistered nun in a convent outside Montreal. She claims to have no memory of the conception or the birth of the child. Dr Martha Livingston (Jane Fonda), a psychiatrist, is appointed by the court to determine whether Sister Agnes is fit to stand trial for the murder of the baby. At the convent, this lapsed Catholic, who is very confident of her clinical skills, meets Mother Miriam Ruth (Anne Bancroft), a worldly wise religious woman who wants to protect the fragile Sister Agnes from any further psychological pain. She believes that the young nun is "touched by God."

After winning the trust of Sister Agnes, Dr. Livingston learns about her sheltered life and her obsession with God and suffering. All attempts to find out who is the father of the baby are fruitless. Throughout the investigation, Dr. Livingston and the Mother Superior are adversaries; only when they share cigarettes and speculate on what the saints would have smoked do they tear down the wall of distrust that divides them and recognize their mutual concern for Agnes.

Dr. Livingston, who wants to find the real sources of Sister Agnes's mental agitations, puts her under hypnosis and learns some shocking news about the young nun's childhood. And when Sister Agnes relives the evening of the child's death, both the dogged rationality of Dr. Livingston and the religious buoyancy of Mother Miriam Ruth are jolted.

This Tony Award-winning Broadway play has been adapted for the screen by its author, John Pielmeier. The dramatist calls it "a detective story, not only of the world, but of the mind and of the soul." The film conveys is a very intense and involving way the ambiguity of contemporary attitudes toward miracles — individuals evidence both hunger for and skepticism about them.

In the spirit of A Soldier's Story, director Norman Jewison has done a fine job translating this work from the stage to the screen. He draws out an uncanny performance from Meg Tilly in the lead role and two excellent character portraits from Jane Fonda and Anne Bancroft. Cinematographer Sven Nykvist is an old hand at stark religious dramas and his work here, remastered in high definition and widescreen presentation on the DVD, creates just the right visual atmosphere for this very impressive drama about the clash between reason and faith. 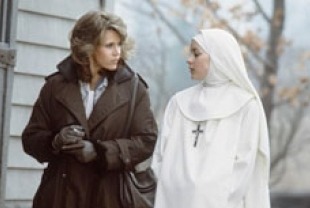 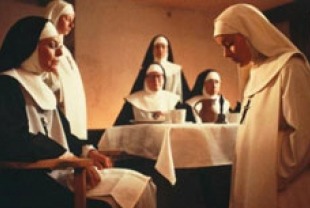 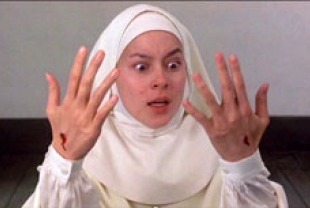