Directed by Tom Rice
Salutes an interracial friendship between two Southern women and the ways in which enthusiasm can be a life-saving gift in tough times.

Virginia Wilder (Frances Fisher) is visiting her old and infirm Aunt Milly (Alice Drummond) for Christmas with her young son (Liam Aiken). She finds of box of letters from World War II that give her a glimpse of her relative's life as a young woman in the Mississippi Delta.

Emily (Laurel Holloman) fell in love with a handsome pilot who left her pregnant. Now she's living at home with her angry father (Gary Cole) and her tolerant mother (Tess Harper). Trying not to be down in the dumps about either her physical condition or her poor reputation in the community, Emily is buoyed by her friendship with Wilma Watson (Elise Neal), an energetic and positive thinking young black woman. Her mother (Epatha Merkerson) is the cook in a lively local restaurant run by Melvinia Pou (Beth Grant). Emily's other confidant is Will Bacon (Mark Webber), an oddball who seems to enjoy her company.

Writer and director Tom Rice focuses on the interracial friendship that is so satisfying to both women. Their relationship reminds us of one of John O'Donohue's spiritual meditations: "There are people whose presence is encouraging. One of the most beautiful gifts in the world is encouragement. When someone encourages you that person helps you over a threshold you might otherwise never have crossed on your own." Elise Neal steals this melodramatic film with her jubilant performance as Wilma, an enthusiastic friend who gives Emily the support she needs during hard times. She teaches school and in her free time is always there to lend an ear to her best friend's problems.

Emily gives up her child but persists in trying to track down the pilot who looms large in her mind over the years. When racial prejudice rears its ugly head in the community, Wilma becomes a civil rights activist. She passes on some of her feisty spirit to Emily who by this time has forged a steely resolve to stand on her own two feet as an independent woman.

The Rising Place salutes enthusiasm as a great spiritual gift that can be life-saving and life-altering at the same time. 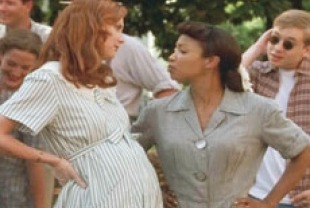 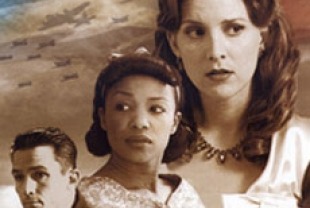